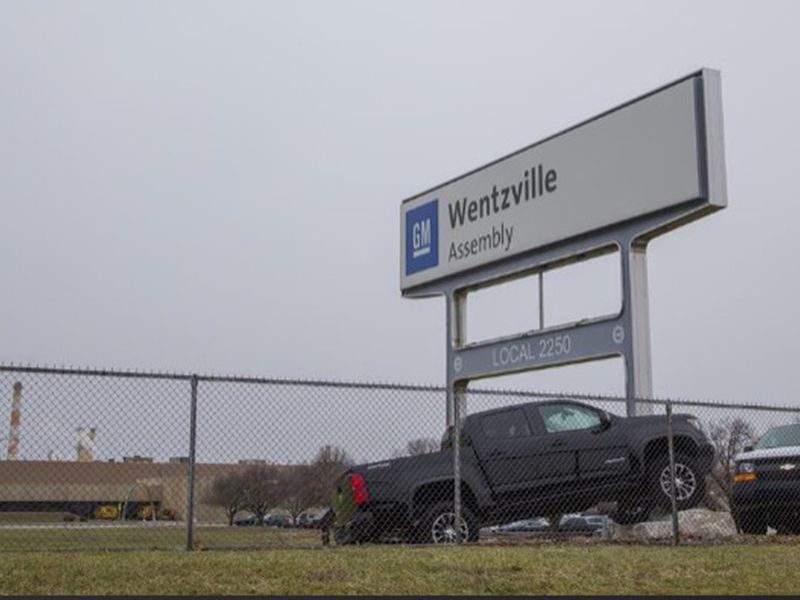 General Motors is temporarily cutting the third shift at its midsize pickup plant in Wentzville, Mo., due to worker absenteeism as cases of COVID-19 in the area increase.

The production cutback, which likely will result in about 1,250 layoffs for an undetermined length of time, is not related to low demand for the Chevrolet Colorado and GMC Canyon that are built at the plant northwest of St. Louis, GM said Saturday. There is enough demand for three shifts, and GM is working on a staffing plan to resume a three-shift schedule as soon as possible, spokesman David Barnas said.

“We believe in the short term, a two-shift operating plan will allow us to operate as efficiently as possible and accommodate team members who are not reporting to work due to concerns about COVID-19 in the local community,” Barnas said in a prepared statement.

It’s the first known instance of a U.S. automaker reducing its production schedule due to absenteeism since plants reopened in mid-May. The Detroit Free Press, which reported the layoff plans Saturday morning, said 23 workers at the Wentzville plant have been diagnosed with COVID-19, citing a note to members from officials at UAW Local 2250. Missouri set new daily records for confirmed cases of the virus twice in the past week, bringing the total number for the state to more than 28,000 as of Friday.

“People on our team should not be concerned about coming to work,” Barnas said in the statement. “GM Wentzville is following multi-layered safety protocols that are working very well to keep people safe by reducing the possibility that COVID-19 can enter the plant and preventing any spread within the plant.”

In addition to the Colorado and Canyon, the Wentzville plant, which employs 4,100 salaried and hourly workers, builds the Chevy Express and GMC Savana full-size commercial vans.

“We are still working on details regarding the number for temporary layoffs,” but the cuts will be determined by seniority, Barnas said.

GM requires workers at all of its North American plants to remain a safe distance away from each other, wear face masks and safety glasses, and participate in health questionnaires and temperature screenings. GM’s housekeeping team cleans high-traffic areas three to four times per shift, as well as between shifts. Doors are propped open when possible to increase airflow and eliminate the need for workers to touch them. GM suggests that its workers follow similar health and safety protocols outside of the plant, Barnas said.

“The same in-plant protocols can help keep people safe when they’re not at work,” he said. “We encourage everyone to follow them, especially social distancing and wearing masks when they’re in groups.”

Last month, GM permanently cut the third shift at its assembly plant in Spring Hill, Tenn., citing lower demand for the Cadillac and GMC crossovers it makes amid the pandemic.