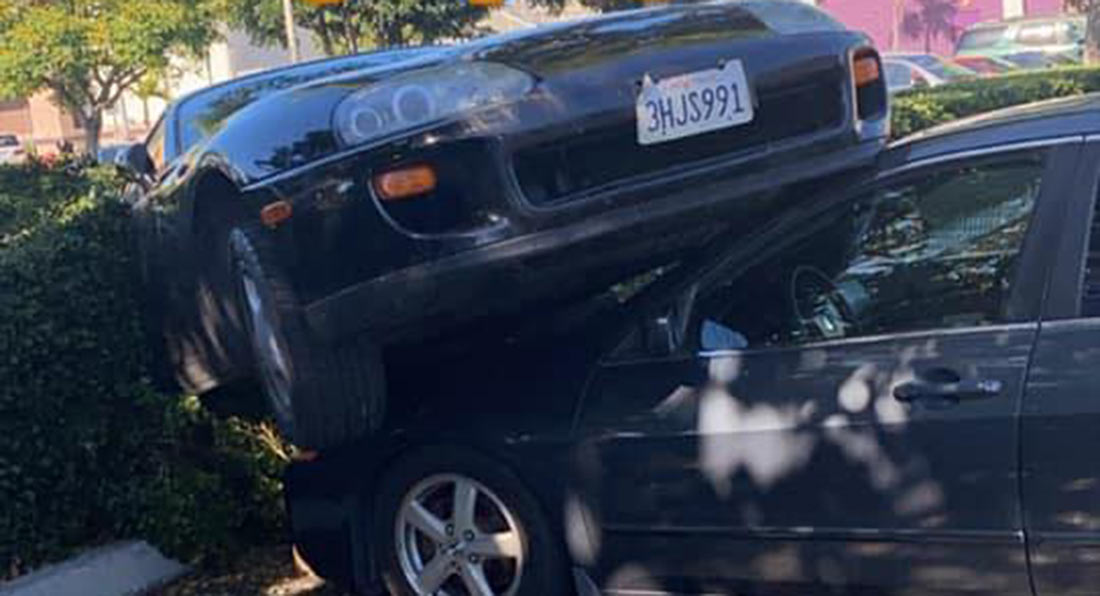 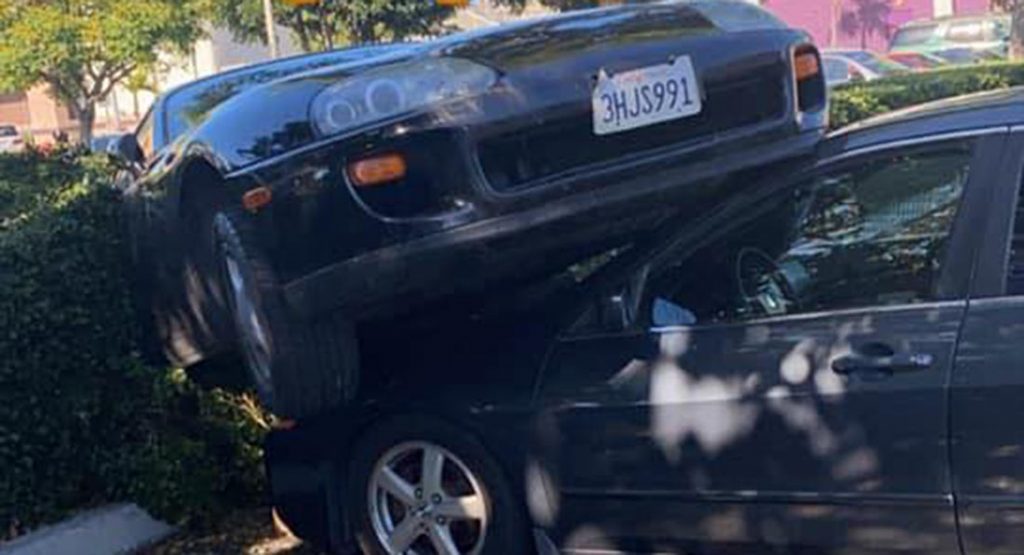 An Mk4 Toyota Supra somehow landed on top of a Honda in a bizarre parking lot accident in Torrance, California.

We were sent these images by loyal reader Dave, who spotted them on Facebook. They show a black Supra that has speared through some shrubbery before coming to a rest on top of the hood and windscreen of a Honda.

While it is unclear just how the accident happened, we do have a few suspicions. What is perhaps most likely is that the driver of the Supra was pulling into a parking space and mistook the accelerator pedal for the braking pedal and instead of parking, ended up accelerating up a curb, through a bush and onto the Honda. There’s also the possibility the driver of the Supra was driving too fast and lost control of the sports car, eventually landing on top of the Honda.

Watch Also: You Don’t Know What Brutal Is Until You’ve Driven A 1,239 HP Toyota Supra Mk4

Whatever the case may be, the damage sustained by the Supra doesn’t appear too bad. There looks to be little significant damage caused to the front end, except for the driver’s side portion of the front bumper that is resting on the Honda’s A-pillar. We also wouldn’t be surprised if some suspension damage has been done.

There doesn’t appear to be any major damage done to the rear either. With that being said, we’re sure the sides are all scratched up from the car’s adventure through the bush.

Now, the Honda on which the Supra landed is another case altogether and the damage it has sustained seems serious. We can only imagine how its owner would have felt when he saw what had happened…

Hat tip to Dave for alerting us to these photos!