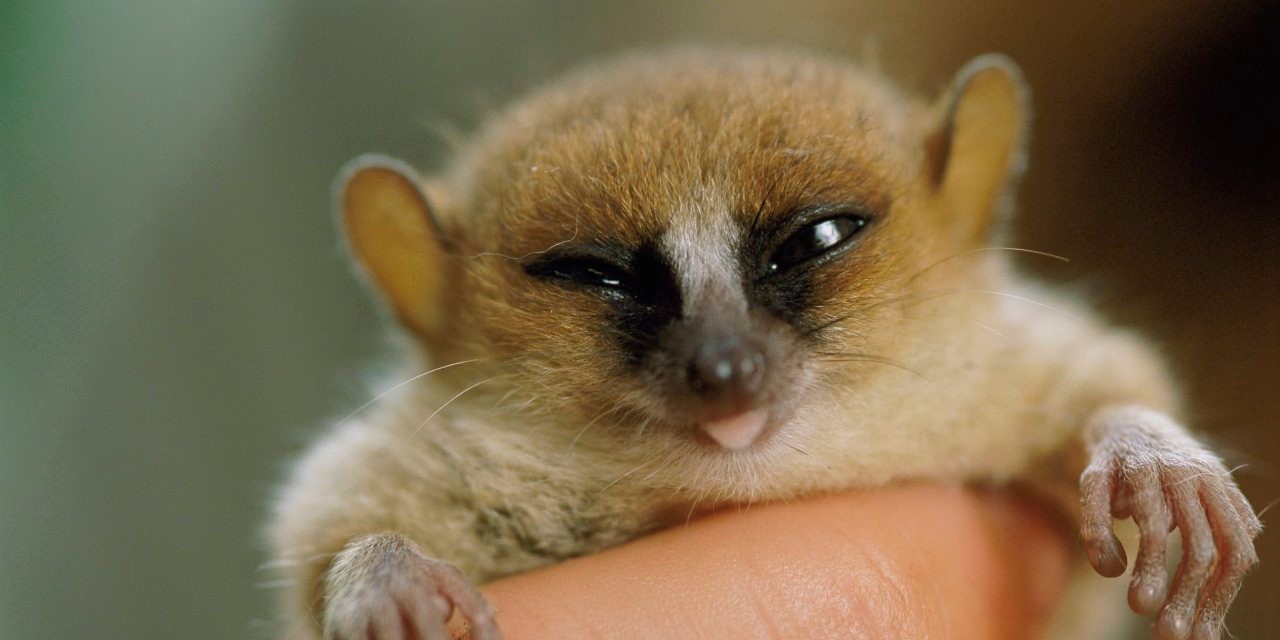 The International Union for Conservation of Nature (IUCN) has released its newest IUCN Red List of Threatened Species. It’s the world’s most comprehensive information source on the global conservation status of animal, fungi, and plant species.

Two significant examples: Almost a third (31%) of all lemur species in Madagascar are now Critically Endangered — just one step away from extinction — with 98% of them threatened. (This includes Madame Berthe’s Mouse Lemur, the smallest primate in the world, pictured above.)

Lemurs are threatened as a result of deforestation and hunting in Madagascar. This includes slash-and-burn agriculture, as well as logging for charcoal and fuelwood.

Also on the Critically Endangered list is the North Atlantic Right Whale. There are fewer than 250 mature North Atlantic Right Whales. Why? Climate change. As IUCN explains, warmer sea temperatures have likely pushed their main prey species further north during summer, into the Gulf of St. Lawrence, where the whales are more exposed to accidental encounters with ships and also at high risk of entanglement in crab-pot ropes.

The IUCN Red List threat categories are as follows, in descending order of threat:

At the heart of this crisis is a dire need for alternative, sustainable livelihoods to replace the current reliance on deforestation and unsustainable use of wildlife. These findings really bring home the urgent need for an ambitious post-2020 biodiversity framework that drives effective conservation action.

Vermonters, up your already-savvy composting game! Your state just implemented the very first state law in the US, the Food Waste Ban, that requires residents to compost inedible scraps either in their own composters or at a compost facility from the beginning of July.

The state’s goal to divert 50% of all waste from landfills to places where it can be composted, recycled, or reused has been in place for 10 years. But because Vermont has only reached 36% of waste diversion, it decided to pass this law.

But state workers won’t be digging through people’s trash; they’re expecting voluntary compliance, and they’ll probably get it. 72% of Vermonters already compost or feed food scraps to their pets or livestock, according to the University of Vermont.

The trend in big cities has been to offer curbside compost pickup programs, especially in densely populated areas, but there isn’t a one size fits all for how we manage food waste. Our study suggests that, especially in more rural areas, people may already be managing their food waste in a way that leaves it out of the landfills.

Food waste is a significant source of methane, a greenhouse gas that is about 25 times more powerful than carbon dioxide when it comes to warming the earth.

It’s not hard to do. There are a plethora of options for composting, from this indoor OXO Good Grips Easy-Clean Compost Bin to the Miracle-Gro Small Composter for outdoors.

On July 7, Colorado State University raised its annual June hurricane forecast from 19 named storms up to 20 — 150% of the average season. Why? The researchers cite the likely absence of El Niño as a primary factor. Further:

Warmer-than-normal sea surface temperatures provide more fuel for tropical cyclone formation and intensification. “Through May, world ocean and land temperatures are second-warmest on record, lagging only 2016, according to the National Centers for Environmental Information,” writes Bloomberg Green.

You can see CSU’s forecasting chart here. CSU will update it again on August 6.

The United Nations Environment Programme and the International Livestock Research Institute have released a report, “Preventing the next pandemic — Zoonotic diseases and how to break the chain of transmission.”

It identifies seven trends driving the increasing emergence of zoonotic diseases, including climate change, and 10 recommendations to prevent future zoonotic outbreaks. Have a watch here, and you can read the report by clicking on the link above.

Everyone needs a break, especially now. Prune is a soothing game in which you, well, prune trees. It’s a digital reminder of the beauty of nature. Here’s what you get:

It’s on sale on Google Play for 99 cents, according to my colleagues over at 9to5Toys, and it’s $3.99 on the Apple Store. It’s not new, but it’s certainly timely.

Just the preview video alone is soothing, and someone commented on YouTube:

This game always reminds me of the ray of hope and how every living thing is searching for light.

According to a study from the University of York in the UK, “Air pollution has remained at lower levels in UK towns and cities despite a return to near-normal traffic levels after the easing of coronavirus restrictions,” according to the Guardian.

Analysis of data from more than 100 urban roadside locations shows nitrogen dioxide pollution levels were 30% below normal at the end of June, despite HGV traffic being back at 95% of normal levels, vans at 90%, and cars at 75%.

Scientists think the small reduction in traffic has enough of an impact to reduce emissions. People may be staggering their commutes to work, which would also cut congestion.

This finding could help inform cities to improve the way they cut pollution on a long-term basis.

TIME’s new cover: 2020 is our last, best chance to save the planet https://t.co/nv9p2peqxo pic.twitter.com/t4h4LkOP65

Looks like Düsseldorf is no longer on pandemic lockdown so has hit the streets again:

Hello to Maureen Damen in Senegal:

*Today is the day
*Now is the time.
*Start from wherever you are.
*THAT SHOULD BE THE MOTTO
📌#SchoolStrike4Climate Week : 16
together with @GretaThunberg #FridaysForFuture #ClimateStrikeOnline @vanessa_vash @Fridays4future @Greenpeace @ECOWARRIORSS #Climatebawl @GeraldKutney pic.twitter.com/oXutLrbDsc

And Greta Thunberg is still at it in Sweden, of course — and good.

Check out our past editions of Climate Crisis Weekly.