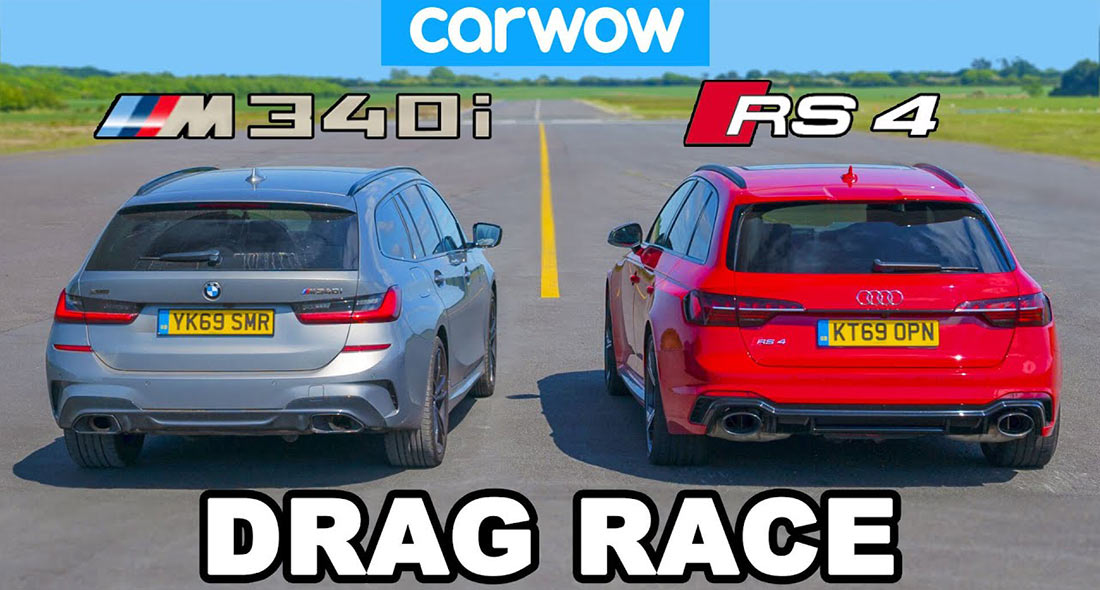 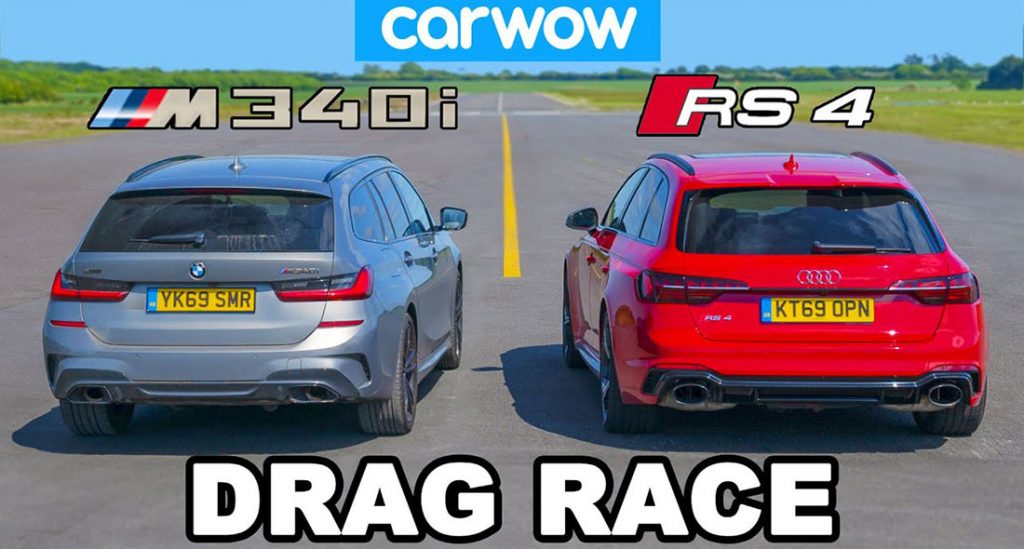 Logic would dictate that the Audi RS4 Avant is significantly faster than the BMW M340i Touring in a straight line. However, official figures oftentimes only tell half of the story and there’s nothing like real-world testing in order to reach a verdict.

Until the latest-generation BMW M3 hits showroom floors, the German brand is without a direct rival to the Audi RS4 and, for now, the mid-tier M340i is the next best thing. And while it is not a fully-fledged M model, it is still capable of some proper performance.

Driving the M340i sedan and Touring models is a 3.0-liter turbocharged straight-six engine pumping out 369 hp and 369 lb-ft (500 Nm) of torque. Coupled to this engine is an eight-speed Steptronic transmission powering all four wheels through BMW’s xDrive system. BMW’s official claim is that the car can hit 62 mph (100 km/h) in a mere 4.4 seconds and continue through to a 155 mph (250 km/h) top speed.

Watch Also: Is The BMW M340i Touring The Best Current 3-Series You Can Get?

However, in the first of three drag races held between the BMW and the Audi, it was the M340i that got a better launch and retained its lead down the quarter-mile. Maybe that was a one-time thing, though, so did the more powerful RS4 Avant manage to beat the BMW in the subsequent races from a standstill, the rolling races and braking tests?