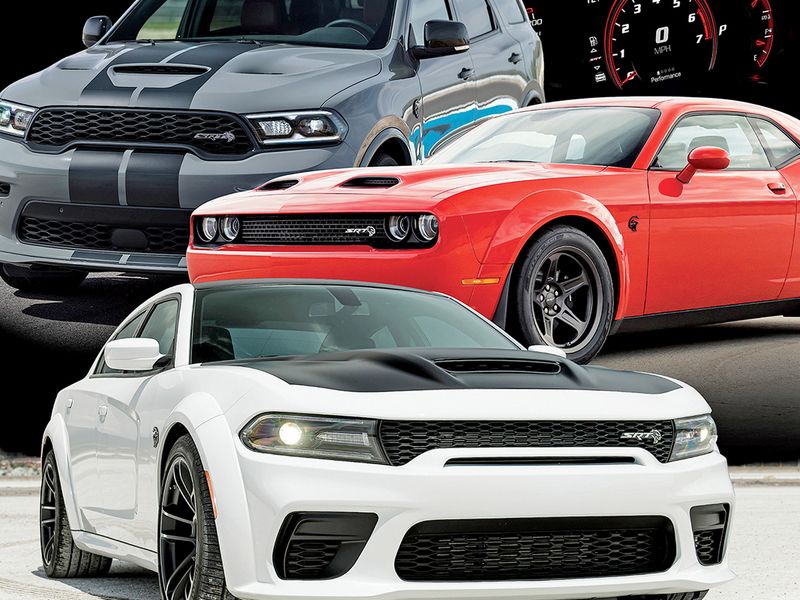 Dodge is killing two nameplates that account for nearly half of its U.S. sales in the coming months to complete its transformation from a collection of pleasant people haulers into an army of asphalt-eating muscle machines.

A limited-run Hellcat version of the Durango and an 807-hp Challenger are on the way as the brand loses the last of the relics from its former life: the Journey crossover and the venerable Grand Caravan minivan.

With the demise of those vehicles, which accounted for 47 percent of the brand’s U.S. sales in 2019 and helped it become the first domestic brand to top J.D. Power’s annual initial-quality survey last month, Dodge will be carried by what it calls the “Brotherhood of Muscle.”

“We’ve been saying for the last couple of years that we want to distill the Dodge brand to our core performance vehicles,” said Tim Kuniskis, head of passenger cars in North America for Fiat Chrysler Automobiles, during a media briefing last month. “I’ve been saying that we’re going to stop producing Caravans and Journeys, but no matter how many times I’ve said it, the sales just keep remaining strong and so we [kept] extending them in the marketplace.”

It’s been a long road for the Caravan, which spearheaded the minivan segment in 1983 along with the Plymouth Voyager. The Grand Caravan, last redesigned in 2007, was the top-selling minivan in the U.S. last year, even as deliveries fell 19 percent to 122,648. Meanwhile, the Journey, which went into production in 2008, finished last year in 13th place among compact crossovers, the industry’s largest segment, with 74,686 deliveries. It peaked at 108,085 in 2015.

For the 2021 model year, Dodge — which has eliminated the Avenger, Dart and Viper since splitting off Ram in 2009 — will be down to only the Challenger, Charger and Durango.

But the brand is expanding its performance portfolio with its popular Hellcat line and other specialized editions of the remaining nameplates. It said three additions are on tap this year.

The Durango SRT Hellcat will get a supercharged Hemi engine churning out 710 hp and a retooled suspension. Dodge also is upping the ante with a 797-hp Charger SRT Hellcat Redeye and the 807-hp Challenger SRT Super Stock.

The 2021 Durango, in addition to getting a Hellcat option, will be freshened with a new interior and a driver-oriented cockpit inspired by the Challenger. The Durango is scheduled to be the second FCA model to hit the market with the new Uconnect 5 infotainment system, after the 2021 Pacifica minivan.

The exterior includes a forward-leaning profile and a new front fascia. Dodge says the Durango Hellcat will be able to tow 8,700 pounds and go from 0 to 60 mph in 3.5 seconds.

Fewer than 2,000 are expected to be produced, Kuniskis said. Regulatory limitations are responsible for such a short production life.

“When we switch to [the] ’22 model year, there’s new evaporative emission requirements that come in that the Hellcat engine does not meet in that platform,” Kuniskis said.

FCA says the Charger Redeye has a newly designed, functional performance hood. Dealer orders open this fall, and vehicles are scheduled to arrive at dealerships in early 2021.

The automaker said the Challenger Super Stock, which goes into production this fall, carries the “drag-racing, quarter-mile-crushing spirit” of the limited-production 2018 SRT Demon. The Super Stock is powered by the same supercharged 6.2-liter Hemi V-8 from the Challenger SRT Hellcat Redeye but features revised powertrain calibration to get extra horsepower.

“I don’t think anyone would argue that Hellcats are the halo of the Chargers and Challengers. They’ve really become almost a model on their own,” Kuniskis said. “But with all that power comes a level of responsibility. We believe it’s a responsibility to uphold the brand.”