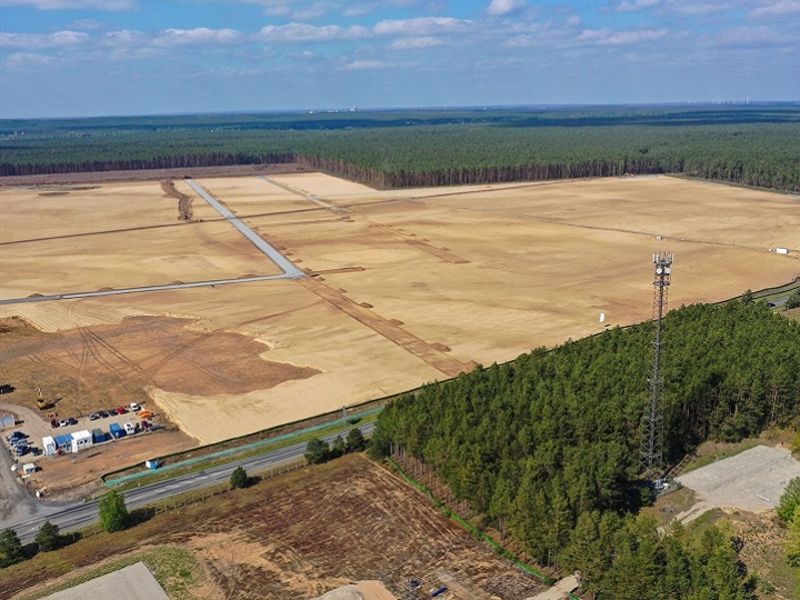 BERLIN — Tesla is scaling back plans for its first European car factory, which will no longer assemble batteries, according to revised planning documents for the site near Berlin.

The changes include eliminating facilities for battery-pack production and plastic components, local authorities said Wednesday, citing documents filed by the U.S. maker of electric cars to get the project approved.

Tesla is cutting the height of most of the production building by about 29 feet (9 meters) to 50 feet (15 meters).

The factory in the small town of Gruenheide will have a capacity to assemble “100,000 electric cars a year or more,” according to the documents. Other provisions are for new pile foundations and reducing the plant’s water needs in a nod to local concerns.

CEO Elon Musk is pursuing an ambitious timetable and aims to have the plant start production by July next year.

The project is an important expansion as positions the company in the backyard of German auto giants Volkswagen, BMW and Daimler as they ramp up their own electric-car offerings.

While German officials have assured Musk that his project will be fast-tracked through the country’s notorious bureaucracy, local groups had complained that the plant will need too much water in a region already suffering from increasingly frequent droughts.

And Tesla still doesn’t have definitive approval. The carmaker has had to alter its construction plans after difficulties with the area’s sandy ground, and the coronavirus delayed a public hearing on the issue that has been rescheduled for September.

The company has received several preliminary green lights to continue construction at its own risk, indicating that authorities don’t see major issues with the project.

When complete, the factory will build the Model Y crossover, the Model 3 sedan and future cars too, according to company filings.