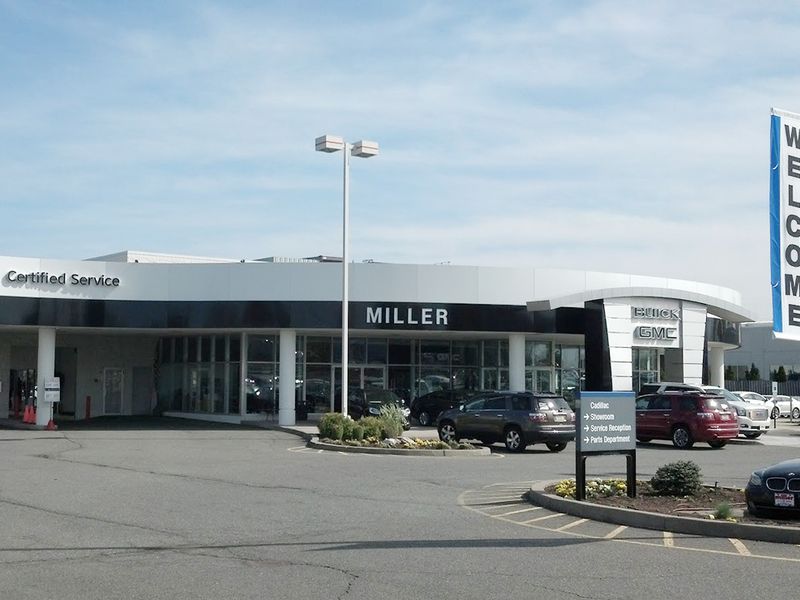 Shari Sandidge cut staffing levels at her Miller Buick-GMC dealership in Woodbridge, N.J., by more than half as the coronavirus pandemic hit. And while she has since brought many employees back with the help of federal loan money, she has also eliminated three positions out of concern for slower sales.

“There’s been so much unknown,” said Sandidge, the third-generation owner of the family-run dealership. “There’s no book to tell you what to do, and so we’ve really had to take it one step at a time.”

Franchised dealers terminated or furloughed about 300,000 employees, or more than a quarter of the industry’s work force, during the first crushing months of the U.S. coronavirus outbreak, and about half of dealership jobs were reduced or altered in some way, recruitment technology firm Hireology estimates. Dealership employment started to rebound as states began easing stay-at-home restrictions and retailers leveraged federal Paycheck Protection Program loans meant to support payrolls.

But even as retail sales came roaring back in May and June, there is reason to believe the rush might be temporary. When will pent-up demand from consumers who stayed home in March and April subside? How badly will falling inventory levels for both new and used vehicles crimp sales? Improved productivity brought about by the acceleration of digital retailing and fears about spiking coronavirus cases also make many retailers hesitant to restore staffing to pre-virus levels, dealers and experts say.

The trends might trigger permanent changes to dealership staffing models. Some of the biggest dealership groups in the country, citing lower vehicle sales and success with digital channels, already have said thousands of their job cuts are permanent.

Hireology CEO Adam Robinson predicts dealership jobs will shrink by 5 to 10 percent post-pandemic. That would translate to as many as 110,000 dealership jobs going away for good, based on the National Automobile Dealers Association’s count of 1.1 million people employed by franchised dealerships in 2019.

Dealers “are realizing that the staffing footprint they need can be less than it used to be,” Robinson said. “The number of employees per dealership is lagging the sales rebound. Dealers, by and large, have permanently re-architected the way they sell cars.”

Consumer-facing roles, particularly in sales, and support positions were among the first to go as restrictions on vehicle sales — primarily in the Northeast and Midwest — shuttered stores and halted all but service and emergency business, Robinson said.

Job listings began to return as dealers received the federal payroll loan money. As of June 22, estimated job listings had rebounded 14 percent across the sector from the mid-April low, Hireology said. The estimated number of open listings, however, still lagged pre-virus levels by about 9 percent.

“Probably their weakest performers — and they’re finding that they’re able to do a lot of business with fewer people,” Haig said.

Average sales per employee rose at dealerships during the height of virus-related closures, from 13 before COVID-19 to 18 in April, according to a study of 236 franchised and independent dealerships conducted jointly by NADA and digital retailing vendor Roadster.

NADA Chairman Rhett Ricart said the Paycheck Protection Program has been “critical” for dealers, who have used it to “protect as many jobs as they can.”

“That’s what that money was meant for, and that’s what dealers are using it for,” Ricart said, “because you know how difficult it is to find really good service technicians and really good people in any business.”

Ricart said his own group, with seven new-car dealerships and a used-car store in Groveport, Ohio, a suburb of Columbus, is bringing back employees as automakers ramp up production and customers are released from stay-at-home orders.

New Jersey dealer Sandidge said her dealership’s head count of about 40 shrank to as low as 17.

When Miller Buick-GMC received its federal loan in April, most employees weren’t ready to come back, Sandidge said. It took another month to woo back furloughed staff, she said.

The store’s head count is now in the “upper 30s,” she said. And depending on business volume, some terminated employees may still be asked to return, she said.

“The first month was tough,” Sandidge said. “The second month, it started to thaw a little bit, and now I’m pretty much back to normal.”

Greg Rairdon, owner of Rairdon Automotive Group in Kirkland, Wash., which has about 10 stores, said his group put a “significant” number of employees on what he called standby unemployment in late March. After receiving the federal loan, he was able to rehire 96 percent of those workers, Rairdon said.

“It allowed us to bring our talent back and really bring our core staff back,” he said.

Megaretailers temporarily cut large swaths of their work forces when the outbreak hit — and some made cuts permanent even as demand rebounded.

AutoNation Inc., the nation’s largest new-vehicle retailer, furloughed about 7,000 workers in April. About half of them, roughly 14 percent of AutoNation’s work force, will be permanent dismissals, the retailer said this month. More than 3,500 of the company’s furloughed workers have already returned to work.

Lithia Motors Inc., the nation’s third-largest new- vehicle retailer as ranked by Automotive News, furloughed more than 5,100 employees in March. Lithia said in April it would bring back roughly half of them, thereby eliminating about 18 percent of its work force.

Asbury Automotive Group Inc., the nation’s seventh-largest new-vehicle retailer, furloughed 2,300 employees. Half of them, or 14 percent of Asbury’s work force, have returned, a company spokeswoman said, while the other half were terminated.

“We expect to return to normal operating levels in the very near future,” Nash said.

Sonic Automotive Inc., the sixth- largest new-vehicle retailer in the U.S., said it had terminated 1,200 employees and furloughed 1,700 — a combined third of its work force. The Charlotte, N.C., retailer in late April said it had brought back several hundred workers and planned to bring back most furloughed workers by July. Sonic didn’t provide updated figures last week.

Penske Automotive Group Inc., the nation’s second-largest new-vehicle retailer, furloughed more than half of its global work force, including 5,300 in the U.S. Globally, 500 employees will not return.

Not every dealership cut staff as demand fell.

David Wilson, CEO of David Wilson Automotive Group in Orange, Calif., said he hasn’t let anyone go during the crisis.

His dealership group, which ranks No. 12 on Automotive News’ list of the top 150 dealership groups based in the U.S., has 16 stores in California, Arizona and Nevada and one location in Mexico.

About 10 percent of the group’s 2,500 employees — mostly employees with kids at home or with health concerns — were out at some point on voluntary furloughs, Wilson said. Less than 50 remain off work.

While April was the group’s worst month financially since the Great Recession, Wilson said he was glad to have kept his staff.

“May was the best month our company has ever had,” he said, citing sales of 6,065 new and used vehicles and a 30 percent profit increase from the group’s previous record month.

David Muller and Lindsay VanHulle contributed to this report.