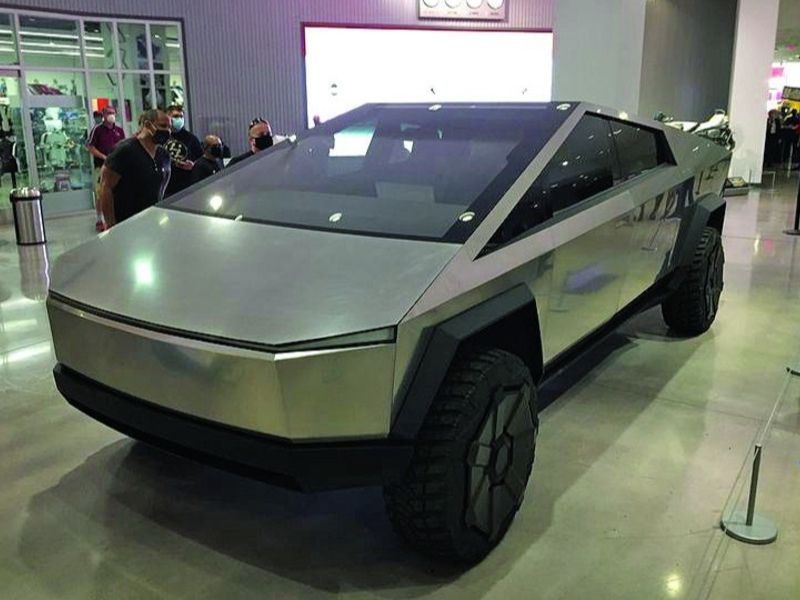 The Petersen Automotive Museum in Los Angeles scored a coup to mark its reopening after a three-month shutdown. It’s hosting the first public display of Tesla’s Cybertruck since the dystopian-styled pickup made its infamous debut last fall.

The Cybertruck exhibit, set up front and center in the lobby, was originally scheduled to last through Friday, June 26, but it has proved so popular that the museum’s website said the exhibit had been extended through Sunday, July 5.

The museum has temporarily limited its hours and requires visitors to buy advance tickets. It reopened June 19, and tickets sold out for that first weekend.

The Cybertruck, with less-bulletproof-than-advertised windows, isn’t the only attraction, of course. The museum extended displays from before the closure, including upcoming electric vehicles from Volkswagen, midengine Porsches and Hollywood movie cars.

“View the angled auteurs’ works, and you might understand why Elon Musk shaped the Cybertruck the way he did,” writes Mark Vaughn of Autoweek. “Or maybe you won’t. Maybe no one ever will.”