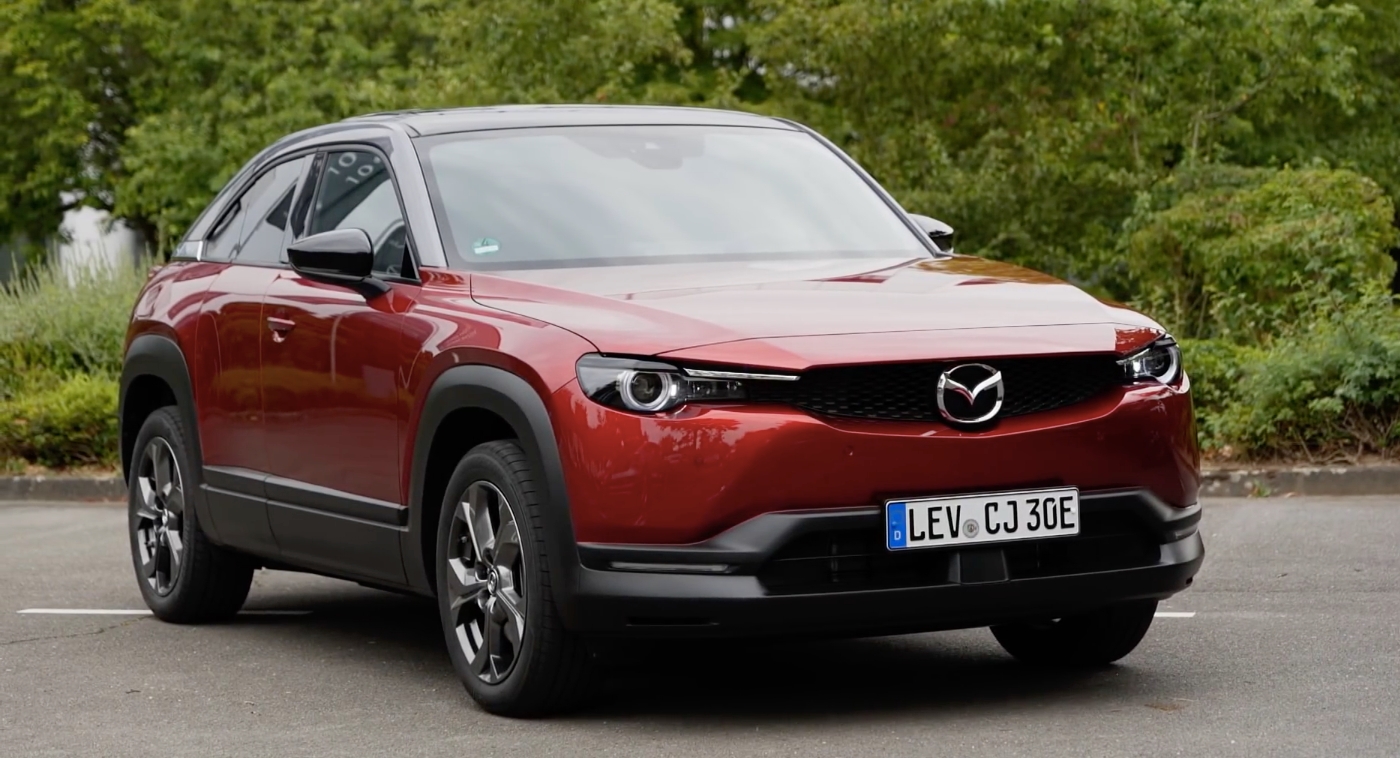 Mazda’s first-ever production EV, the MX-30, will soon arrive in European dealerships and automotive journalists have already got the chance to see what the compact crossover is all about.

One of the first to post a detailed video review is Autogefühl, which has analyzed the MX-30 exterior and interior in great detail; they also took it for a spin to see if it feels like a Mazda to drive. Now, a little recap is necessary for those of you who aren’t up to speed with the MX-30.

It’s an electric vehicle designed with European customers in mind first and foremost, although it will also be sold in Japan in the second half of this year. Unlike many of its rivals, it’s not built on a dedicated platform, sharing the Skyactiv-Vehicle Architecture with the similarly-sized CX-30 and Mazda3 instead. Interestingly, the reviewer says the MX-30 delivers more driving fun than both ICE-powered models.

Power comes from an e-Skyactiv powertrain with a 35.5 kWh lithium-ion battery which powers a 141 HP electric motor and enables a driving range of approximately 200 km (124 miles) according to the WLTP test cycle.

The range is the MX-30’s weakest point, as it’s among the lowest in the segment. Mazda argues that it has chosen a small battery in order to keep the overall weight down to about 1,700 kg (3,747 lbs). Furthermore, the MX-30 targets urban and suburban customers who only drive 40-70 km (24-43 miles) a day and can easily charge up the electric crossover overnight.

According to the reviewer, the claimed range is within reach if the accelerator pedal is not abused. So what else is there to know about the MX-30? Well, the interior is really spectacular though the back seats are not recommended for adults – but you’ll want to check out the video below to learn everything about the MX-30.