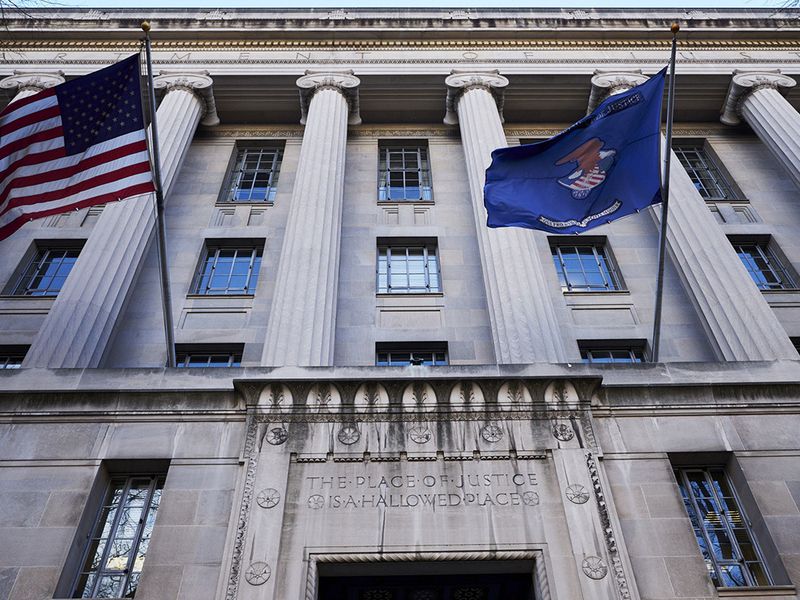 WASHINGTON — House Democrats criticized the Justice Department Wednesday after one of its career attorneys testified an antitrust investigation was launched into automakers that agreed to meet California’s strict tailpipe emissions rules the day after President Donald Trump fumed about the arrangement on Twitter.

John Elias, a trial attorney in the Justice Department’s Antitrust Division, told the House Judiciary Committee that he reported the circumstances around the investigation to DOJ’s inspector general as an example of how competition laws have been misused under Attorney General William Barr.

“It is unacceptable that he would order the Antitrust Division to initiate pre-textual investigations into industries he and the president do not like simply because they do not like them,” House Judiciary Chairman Jerrold Nadler said of Barr in his opening remarks.

The department has said it had a legitimate legal basis to review whether the automakers had violated antitrust laws and that political interference played no role in the probe, which was dropped by early February.

The memo opening the automaker investigation was dated Aug. 22, 2019, one day after Trump issued a series of tweets blasting executives for refusing to back the administration’s August 2018 plan that called for capping efficiency requirements after 2020 and revoking California’s authority to regulate vehicle greenhouse gas emissions to combat climate change.

“The day after the tweets, Antitrust Division political leadership instructed staff to initiate an investigation,” Elias said during the hearing. He said paperwork for the probe was hurried and that staff had only partially reviewed public information relevant to the deal, but the probe proceeded anyway.

“The career staff who examined it saw some very obvious defenses” for the California emissions pact, Elias said. “You really have to twist things to get around those, so it did not appear to be in good faith.”

In a statement late Tuesday responding to Elias’s written testimony, Justice Department spokeswoman Brianna Herlihy said the department strongly disagreed with Elias’s claim that it acted inappropriately in any antitrust investigation and that he didn’t present any evidence to support his claims.

The department opened the probe to review whether the automakers had agreed as a group to join to California’s tougher standards, which “would have given rise to a potential antitrust violation,” she said. The probe was closed after the department found each company had agreed individually to meet the California rules, she said.

In prepared testimony, Elias described what he said was how the department opened and ultimately concluded the automaker probe.

He said enforcement staff at the department “expressed concerns about the legal and factual basis for the investigation” and asked for a delay before Makan Delrahim, the department official in charge of antitrust probes, informed automakers that the department was examining the emissions arrangement with California.

California Democrat Zoe Lofgren said the importance of the matter goes beyond arcane regulatory policy because vehicle pollution is a key contributor to high rates of asthma in large parts of the state.

“It looked to me that the department announced these investigations in really a bad faith manner after the president publicly threatened these companies for disagreeing with his own policies,” she said at the hearing Wednesday.

The automakers in October told the department that each had agreed to the emissions pact with California independent from one another, not as a group, Elias said in his written testimony. The department then subpoenaed each company and on Nov. 8 received a “sworn affirmation” of the companies’ earlier statements. That undercut the probe’s premise on the pact being an agreement between competitors, Elias said.

Instead, he said the matter remained open after the agency’s political leadership told staff to examine a California announcement that the state would only purchase vehicles from carmakers that comply with its tougher emissions rules. The department told automakers in February that the probe was closed.

“I reported these matters to the IG because they were evidence that our nation’s antitrust laws were being misused,” Elias said.

Pre-Production NIO EC6 Rolls Off Production Line
Burt Jordan, Ford vp for purchasing, to retire July 1; successor to be determined
2022 Ford F-150 Electric: What We Know
Digital auctions may not be permanent shift
Dodge cuts to its performance core