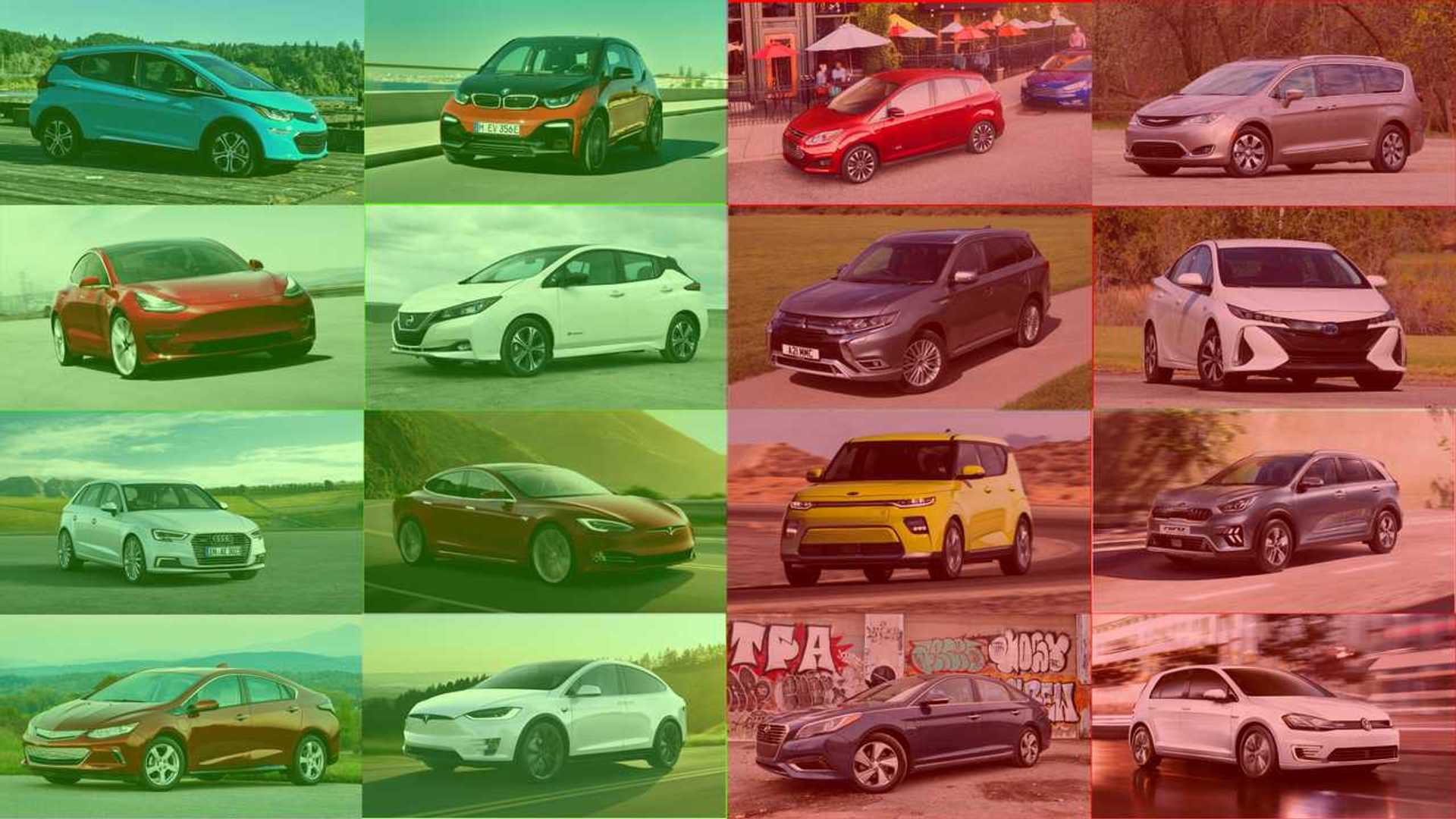 Discussing aftermarket battery replacements is something that buyers of new electric cars probably do not think about. They are comfortable buying them, and keeping them for a while, and reselling them to get another new one. On the other side, EV fans that would rather avoid depreciation also have to dodge battery degradation. But which electric cars lose more capacity? And which ones lose less? Select Car Leasing tried to solve those questions.

To create the lists that answer them, Select Car Leasing used data from Geotab, which has analyzed more than 6,300 electric cars to discover how their battery packs held their capacities. Geotab considers many variables – such as temperature and fast charging – to reach the numbers we have here.

See below which EVs retain most of their battery capacity after one year of use: 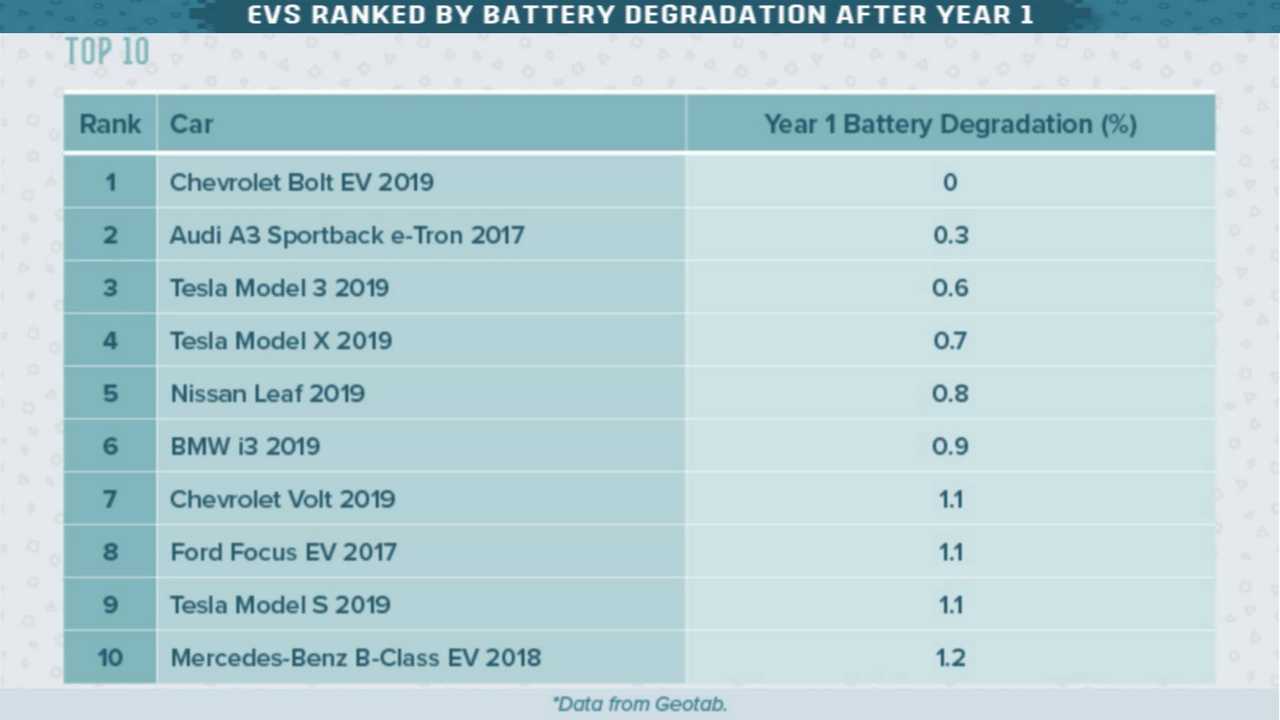 You’ll probably be surprised to see that the Chevrolet Bolt did not present any battery degradation in that period. The vehicle to get closest to that was the Audi A3 e-tron – a plug-in hybrid – with only 0.3 percent of degradation. 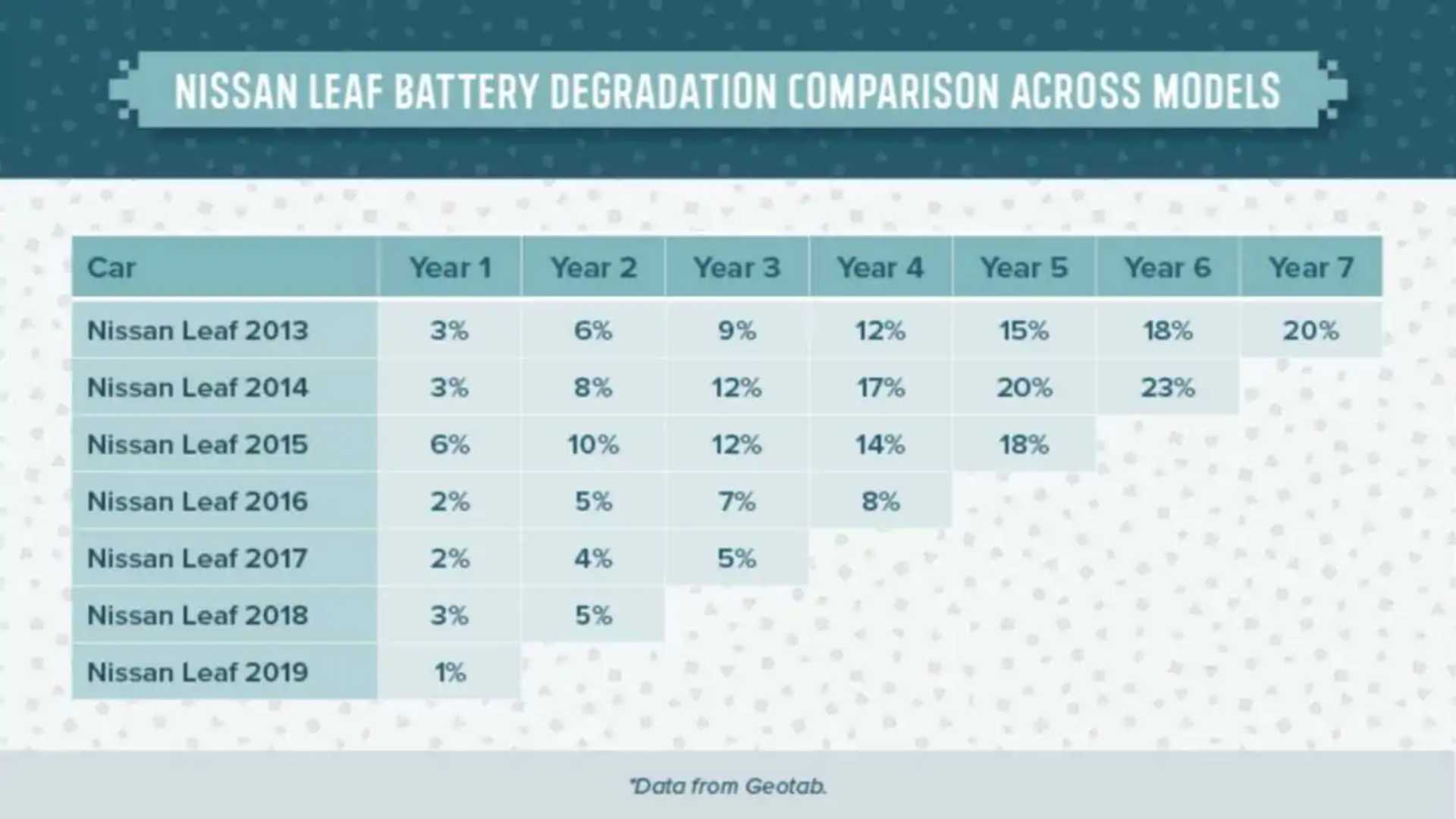 In third place, we see the first Tesla – the Model 3 – with 0.6 percent of capacity loss. It is surprising to see the Nissan Leaf in the fifth place – with a 0.8 percent loss – considering it uses a cooling system for its battery pack that relies only on air. What about the worst EVs in terms of battery degradation? Check the list below: 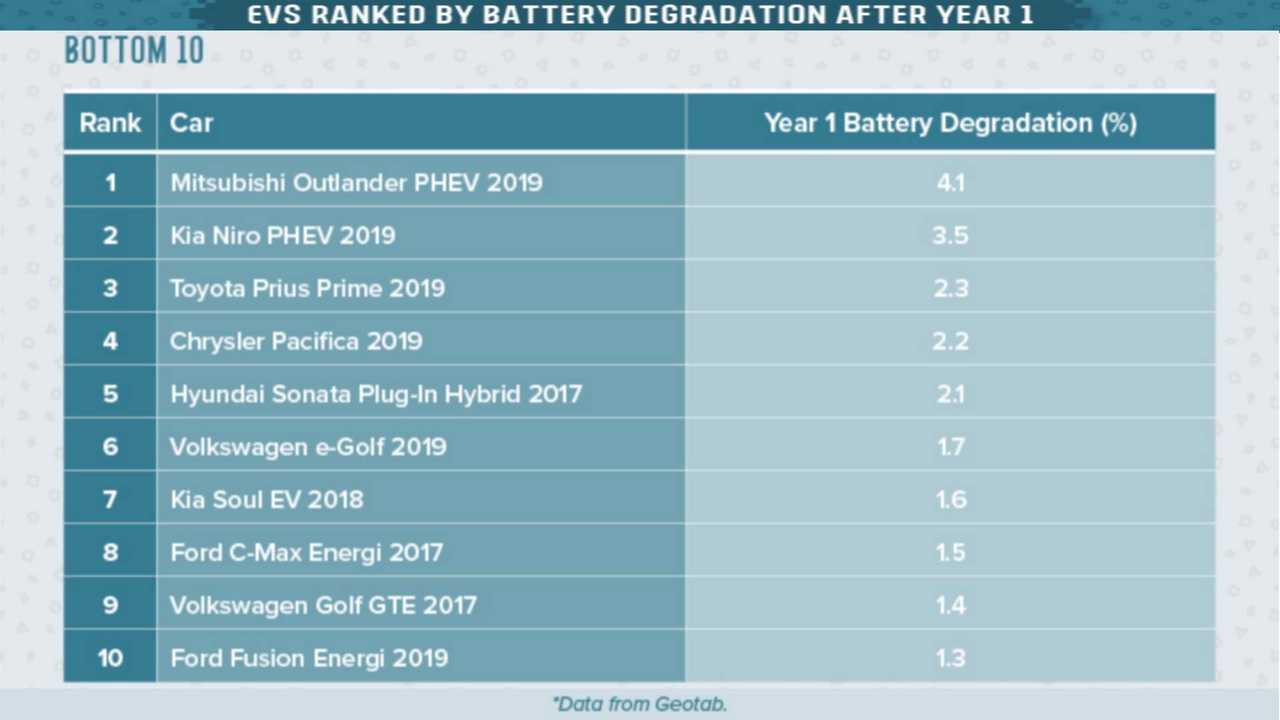 In the first year of use, the Mitsubishi Outlander PHEV’s battery pack loses 4.1 percent. The Kia Niro PHEV, with a 3.5 percent loss, will probably make its most expensive brother, the Niro EV, quite embarrassed.

Select Car Leasing managed to do something intriguing with these numbers specifically for used EV buyers: it calculated the cost per percentage of their battery capacities. You can see the tables below, but we wonder if you will get benefit from that information. 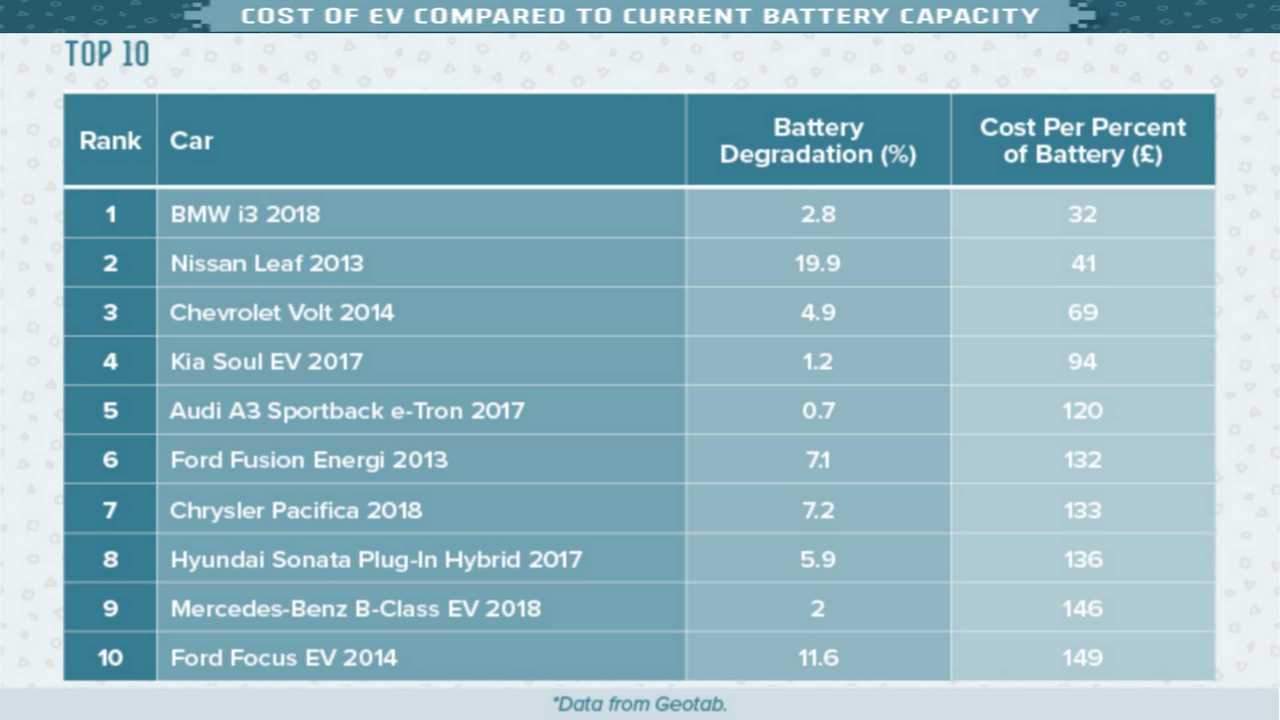 Was the calculation based on the percentage that was left or as a whole? The study does not answer that. Anyway, it would make sense to use the total capacity if the lost one could be translated into some form of discount. But that is not the only issue with these numbers. 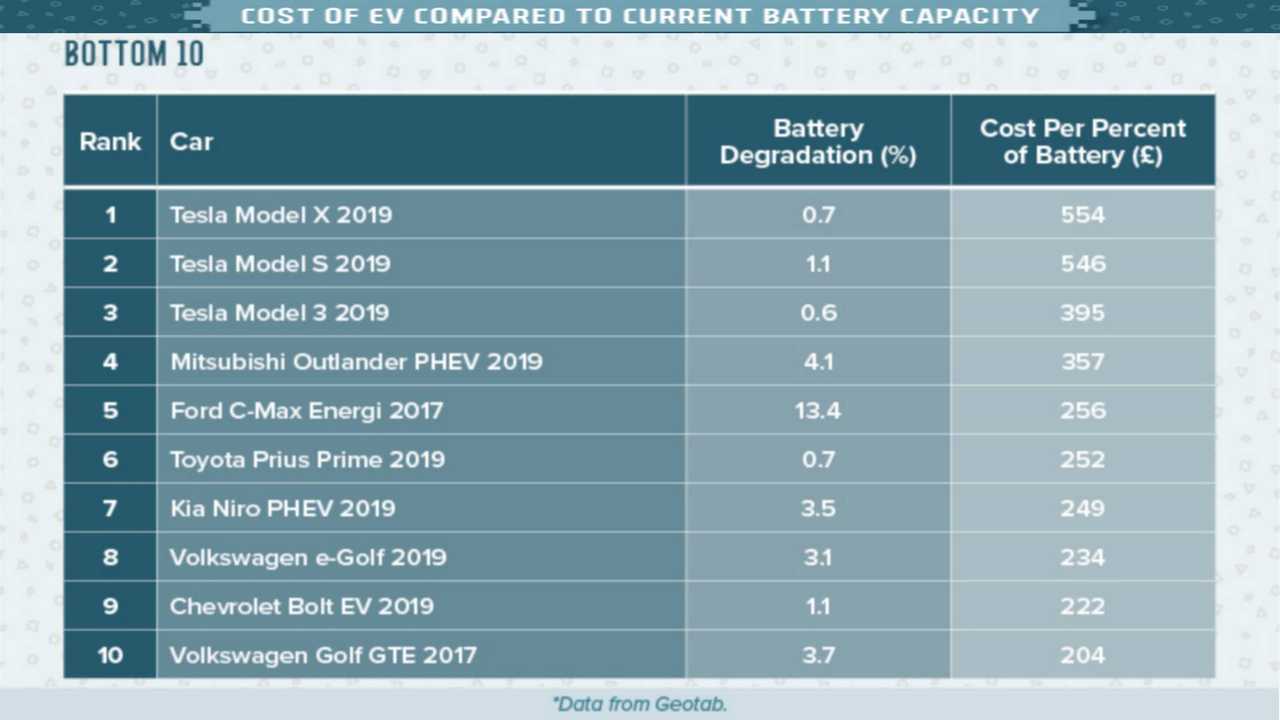 If Select Car Leasing makes a new calculation with the cost per mile based on the range they can still offer after one year, we will put the numbers here. They could be a welcome update to help our readers know how much each EV charges for what they can offer.

SEMA Drag Race: Hellcat vs Blasphemi vs Jeep FC vs Sonic! – 2014 SEMA Week Ep. 5
2021 Ferrari SF90 Stradale: What Makes It the Fastest Ferrari Road Car Ever?
Pre-Production NIO EC6 Rolls Off Production Line
BMW X5 M Competition: Is It The Best Performance Luxury SUV On The Market?
Pacifica Mom is back, after filming ads on an iPhone