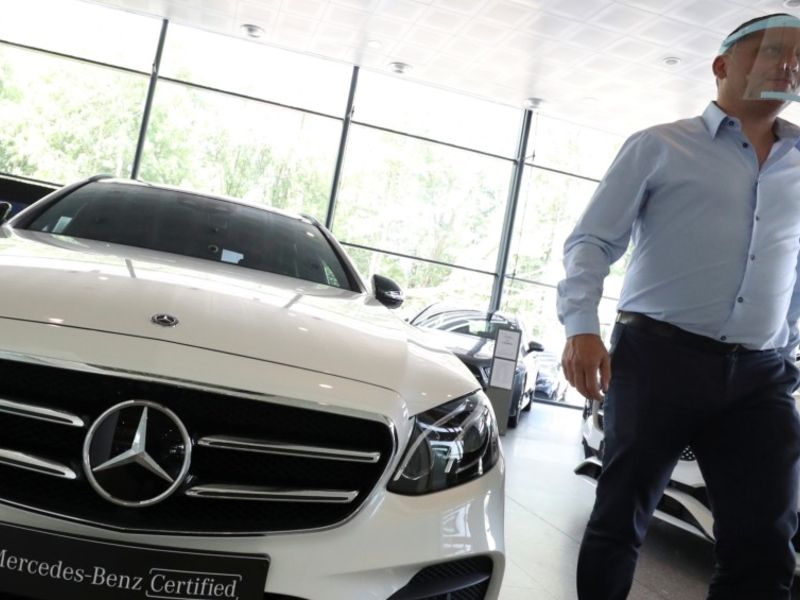 PARIS — There are early signs that substantial incentives and trade-in bonuses could help cushion the blow to European auto sales from the coronavirus crisis, officials, dealers and analysts say. Some industry experts, however, question the effectiveness of the government-backed subsidies.

France, which has introduced some of the most incentives ever to encourage buyers to return to showrooms and clear out automakers’ inventories, rolled out a plan on June 1 that provides up to 13,000 euros for the purchase of a new electric vehicle, including trading in an older higher-polluting model.

“We expect that sales will be back to normal in June,” French Finance Minister Bruno Le Maire told broadcaster RTL this week.

Analysts have been revising downward their 2020 European sales forecasts as governments imposed lockdown measures to stem the coronavirus outbreak. Estimates now range from a drop of 25 percent to 32 percent, but Fitch Ratings said in a June 11 report that European sales could fall as little as 9.3 percent this year.

“We believe that the rebound in sales within Europe will be stronger than that of Asia in part due to the wage guarantee policies that most European countries have implemented to prop up the consumer bases, and partly due to the massive incentive policies that the European governments will offer the automotive industry over the remainder of 2020,” Fitch said.

Other analysts are more skeptical that incentives will have that much of an impact.

“I think a lot of people are hoping that [incentives are] going to be some kind of white knight showing up, and I don’t think this is going to happen,” Pete Kelly, managing director of LMC Automotive, told Automotive News Europe.

Kelly said that fewer countries were offering incentives now compared with the recession of 2008-09, largely because there are other sectors of the economy, such as tourism, that need aid more desperately. Environmental considerations also play a role, with incentives in France and Germany skewed toward bringing down the price of costly electrified vehicles.

“That’s where the real incentives are,” Kelly said, noting that incentives a decade ago were more broad-based and focused on smaller, less-expensive vehicles.

Le Maire expects French auto sales would bounce back quickly after falling 72 percent in March, 89 percent in April and 50 percent in May. Showrooms in France reopened on May 11 after being closed since March 16.

The package of incentives introduced by President Emmanuel Macron at the end of May “will drive buyers to return to the showrooms,” Le Maire said.

Unlike Germany, France is offering a trade-in bonus for buyers who turn in an older car and buy a new-generation diesel or gasoline car, even a used one. Le Maire said it was almost as important to lower the overall CO2 emissions of the French fleet as it is to drive purchases of new EVs.

France expects to fund the scrapping of 200,000 cars under the plan, and French dealers say the target could be reached as early as the end of July.

Jean-Patrice Bernard, the director of a dealership group based in southwest France, said buyers in his showrooms were very specific in their demands. “We see customers arriving who had to postpone their purchase, and who have had the time to figure out exactly what they want,” he told financial newspaper Les Echos.

Bernard added that another factor driving showroom traffic, in addition to the government incentives, was a need to renew leasing contracts that had expired during the lockdown.

Francois Roudier, spokesman for the French auto industry group CCFA, agreed with dealers who believe the trade-in program financing could be used up by late July. “The conversion program is moving very fast,” he told Les Echos.

But Bernard and other dealers noted that the criteria to receive the full benefits were relatively narrow. They also said that September would be a critical month, following initial enthusiasm in June and July for incentives and an expected slowdown during the August holidays.

The European suppliers group, CLEPA, criticized incentives as insufficient to restart mass production because they focused on the relatively small electrified vehicle sector.

“Regrettably, the various support packages agreed so far at the European level and in major automotive countries such as France and Germany have not brought the immediate impulse to kick-start widespread automotive production, which we had jointly advocated for,” the group said June 10.

In the 2008-09 recession, similar incentives in Europe and the U.S. (where the plan was known as “cash for clunkers”) propped up sales temporarily, but led to a sharp decline in vehicle demand in some countries in 2010-11 before volumes normalized in 2012.