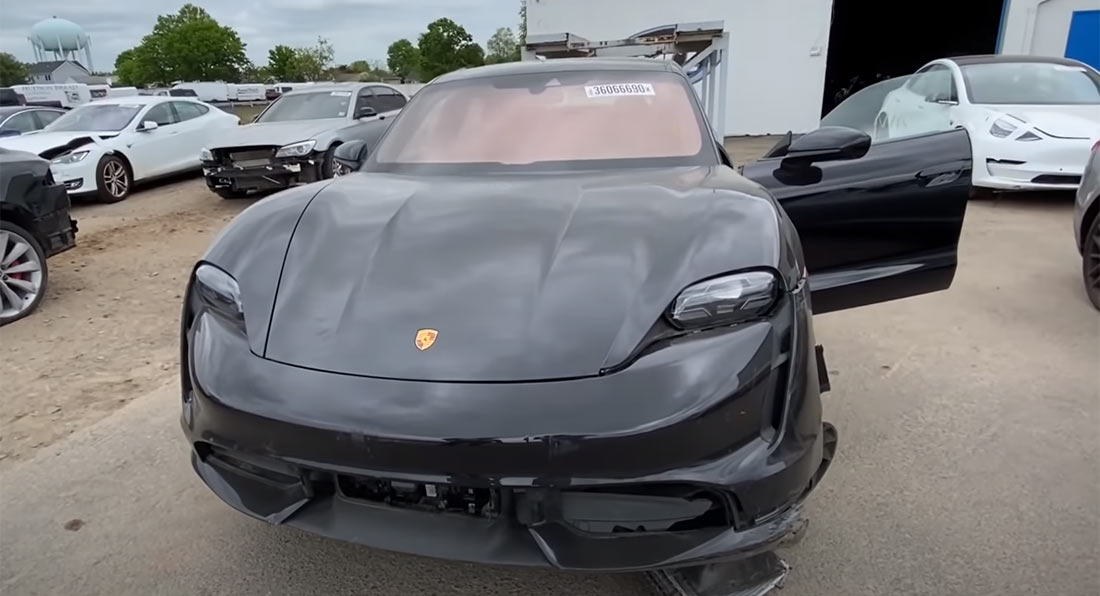 
A couple of weeks ago, we stumbled across a 2020 Porsche Taycan Turbo that had been wrecked and was listed for sale online. Recently, Rich Rebuilds took a trip to see the car to determine if he should buy it and return it to its former glory.

As we only had a handful of low-resolution photos of the car when it first surfaced online, it was difficult to determine just how much it had been damaged. This video shows that it is far more damaged than we originally thought.

There are no details available about what kind of crash inflicted so much carnage on the car, but what’s interesting is that the car has suffered extensive damage at all four corners, not something that usually happens in crash and perhaps indicating that whatever the Taycan crashed into, it probably did so at quite high speed. It’s also possible there was more than one impact.

Watch Also: Porsche Taycan 4S – Could It Be The Smart Choice In The Range?

For the most part, the body panels have escaped too much damage, although there are some parts across the lower portion of the body that will have to be replaced. Most of the costly repairs are only visible from underneath the car.

Rich reveals that there is extensive suspension and wheel damage at each corner and that a large number of braking and suspension components would need to be replaced. While this isn’t too hard to do for most cars, the Taycan Turbo is still very new and there’s a scarcity of parts – which, this being a Porsche, are also very likely to cost an arm and a leg.

Will he end up buying it? You’ll have to stay tuned to his channel to find out.