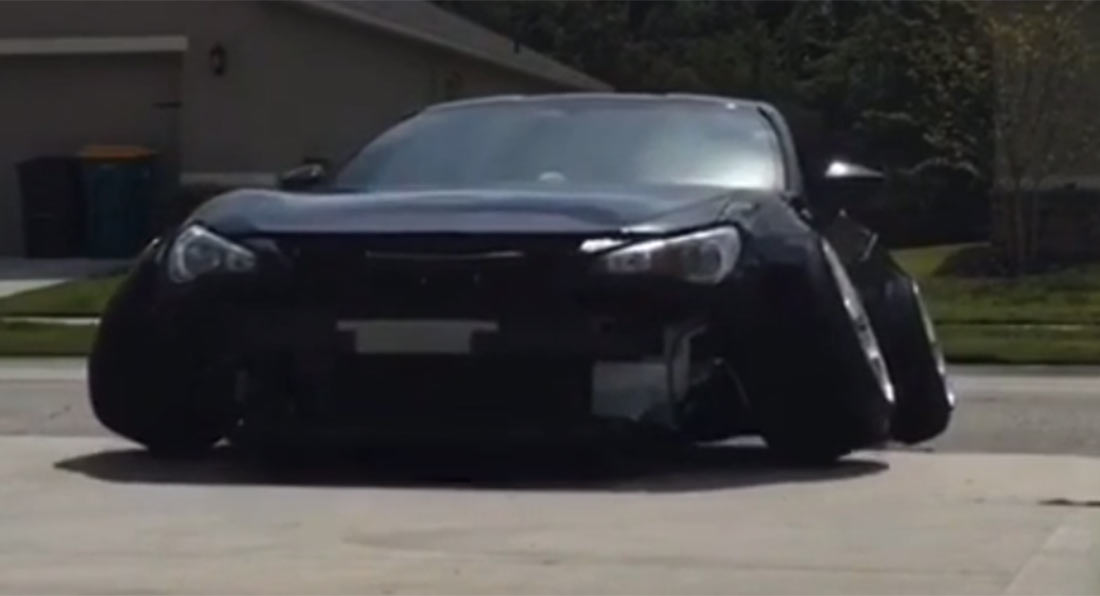 
There are so many different ways to modify a vehicle and a dizzying array of different tuning sub-cultures around the world. One of the weirdest and the one that we still can’t wrap our heads around, is ‘stance’ culture.

For whatever reason, some people think it looks cool to have cars rocking absurd amounts of negative camber that not only ruins the look of a car but also negatively impacts the way it drives and handles. Just look at the Toyota 86 – or Scion FR-S, as it used to be labelled in the States before the brand was axed.

This clip was recently shared on Reddit and shows the stanced sports car being driven up the driveway of the owner. For starters, the driver needs to use pieces of wood to get up the drive. That’s not all that unusual as sports cars and steep driveways don’t get along very well. What is unusual is the fact that this Toyota is rocking what could be as much as 30 degrees of negative camber, or perhaps even more.

Consequently, only a thin piece of the tire actually makes any contact with the pavement, leaving the rest jutting out from under the arches.

As one Redditor writes, this car is “like a beached whale trying it’s hardest to get back into the ocean.”

While some in the stanced scene cut or modify their standard springs and shocks to achieve the low ride height that generally accompanies cars with such absurd amounts of negative camber, this Scion FR-S is rocking an air suspension system that allows it to be raised up and drive over small leafs, twigs, and stones without scrapping the car’s floor on the ground.