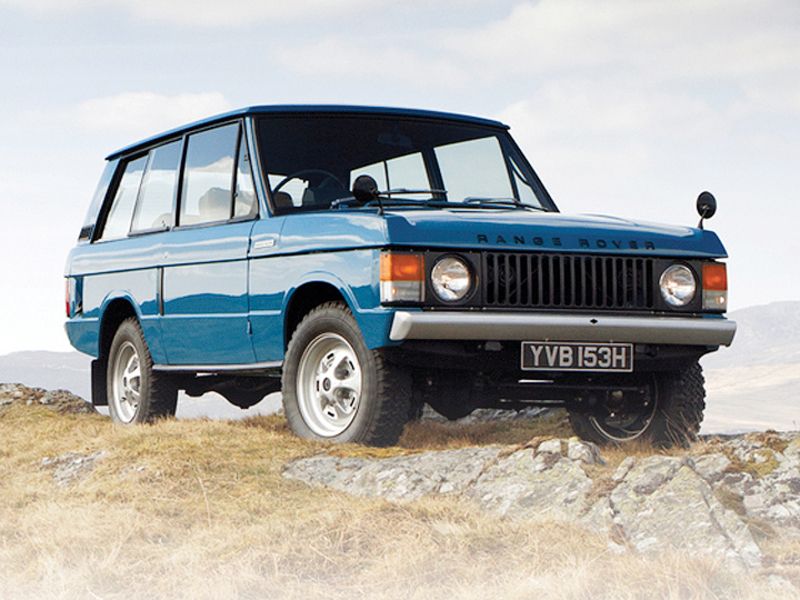 Stuffed to its roof racks with baggage, the Range Rover should have been an instant failure when its fat Michelin tires finally rolled onto U.S. soil in March 1987.

Instead, a brilliant launch strategy crafted mostly by former Volkswagen, Fiat and Chrysler executives that focused on image, capability and customer service got the Range Rover off to a strong start and made it into one of the industry’s most improbable success stories.

The Range Rover, celebrating its 50th anniversary this month, has inspired a bumper crop of imitators as well as a growing number of legitimate competitors. In doing so, the Range Rover nearly singlehandedly created a segment — the luxury SUV — that has all but replaced the sedan as the preferred mode of transport for athletes, movie stars, government officials and executives.

But back in summer 1986, Charlie Hughes, the ex-Volkswagen marketing executive running Range Rover North America in Lanham, Md., was not thinking much about changing the nation’s automotive landscape. He had more immediate and worrisome concerns.

In a matter of months, he would be selling a 17-year-old vehicle that had undergone few upgrades since its European launch in March 1970. For example, the 1987 Range Rover was still powered by a hand-me-down General Motors engine that first saw duty in 1961, in a compact Buick sedan.

On top of that, the British-built Range Rovers came from a country with a reputation for producing poor-quality automobiles. And it was manufactured by a company that would have been roadkill if not for several oversized tranches of aid from the British government.

Hughes brushed off advice from consultant David Power, of J.D. Power and Associates. Price it above $25,000, Power warned Hughes, and the Range Rover will fail.

“I would be less than honest if I said I didn’t have some concerns,” Hughes, who led the company until 1999, told Automotive News.

“Some of those things did worry us,” he said. “But the vehicle was such a standalone icon, the more we exposed it in marketing clinics, the more confident we were. The shape was iconic. People either had to have one or they didn’t like it. And that’s what you want. There was no middle road.”

There were SUVs before the Range Rover, of course. But they were all built on pickup platforms or they were equipped with the same basic suspension systems used in trucks. Vehicles such as the Jeep Grand Wagoneer, Chevrolet Suburban and Ford Bronco could be ordered with four-wheel drive and could take a decent pounding off-road. But in 1970, they usually were not the type of vehicle most luxury buyers would drive to work or to social engagements.

The Range Rover’s stablemate, the boxy, spartan and utilitarian Land Rover, was an unstoppable mountain goat off the road but a drafty, loud, uncomfortable slug on road. Meanwhile, the Rover brand’s cars were sort of like British Buicks — comfortable, well-equipped, handsomely styled and technically advanced. The Range Rover was designed to incorporate the best traits of both in one vehicle.

The Range Rover used long-travel coil springs, front and rear. That meant the wheels moved up and down further over bad terrain without transmitting the turbulence to the interior as harshly as the leaf springs used in other utility vehicles. Except for the tailgate, the Range Rover used weight-saving aluminum body panels. The high driving position gave drivers a commanding view. All Range Rovers came standard with full-time four-wheel drive.

The Range Rover was always intended for sale in North America, and it would have been available here in the early 1970s if not for a confluence of events.

Range Rover sales were so strong in Europe and elsewhere that Rover’s small plant in the British Midlands could not build vehicles fast enough to meet demand. But while Rover was doing well, the rest of British Leyland’s brands were losing money and siphoning off the Range Rover’s profits. The Land Rover was pulled from the U.S. market in 1974 in the midst of steadily increasing safety and emissions regulations, a move that wiped out the North American dealer network.

In 1979, Land Rover became a separate company. That freed cash to invest in the Range Rover for its first major updates since its launch. While British Leyland stumbled through one backfire after another in the 1970s, one thing its engineers got right was modernizing and improving the Buick-designed 3.5-liter aluminum V-8 that Rover bought from GM in 1966. Rover engineers turned the small, lightweight V-8 into a smooth-running, ultra-reliable workhorse. After the four-door model arrived, an increase in production capacity finally set the Range Rover on its way to North America.

“Our job was to whittle them down to three good dealers per market,” Hughes said. Then he personally interviewed each candidate before choosing the 36 charter dealers.

“We got some incredible dealers. They were top-rated Mercedes-Benz, BMW and Jaguar dealers. We had a couple of Cadillac dealers,” Hughes recalled.

Bob Burns, fresh out of engineering school, was one of Range Rover North America’s original employees. His first job at the new company, as its field operations specialist, was dealer training. Range Rover officials knew the vehicle was not going to put up class-leading quality scores, so they empowered dealers to be extremely aggressive in inspecting and testing customer vehicles that came in for oil changes and routine maintenance, Burns said.

Any component not functioning perfectly was to be repaired or replaced under warranty and the customer was not to be inconvenienced.

“The quality thing didn’t hit us until it hit us,” said Burns, who retired from what later became known as Land Rover North America in 2017. “Charlie’s emphasis was incredibly strong. He said, ‘I want the owner experience to be the best in the business because we know the car isn’t. It isn’t the newest. It’s not German. It’s not Japanese. There are going to be issues.’ The early dealers were best in service, best in customer relations in their market. The majority were so enthusiastic about the car that it trumped the quality issue.”

Warren Henry Range Rover in Miami introduced the vehicle in one of its key U.S. markets. Warren Zinn, CEO of Warren Henry Auto Group, recalls he had no qualms about selling the Range Rover after Hughes drove him through the Las Vegas desert near Lake Mead during the 1986 National Automobile Dealers Association convention.

“We took the Rovers on and off the road, and it was a fabulous demonstration of the capabilities of the car,” Zinn said. “Large European sedans were selling very well in that price class. And here was a vehicle that offered the luxury appointments but with the capabilities that the cars didn’t have.”

There were no real competitors, Zinn said. “We were it. We were creating a segment.”

The 1987 launch price, $30,850, was nearly $7,300 more than Jeep’s aging Grand Wagoneer, the nearest competitor. Despite Power’s warning about pricing the Range Rover above $25,000, customers weren’t scared away. The goal of selling 2,400 by the end of the year was easily met, with dealers delivering 2,586. That total would have been higher, Hughes said, if dealers had been given more vehicles to sell.

Hughes was given a $4 million budget to launch the Range Rover. That wouldn’t pay for the traditional national advertising blitz needed to introduce a new brand. Hughes needed plenty of free publicity to get Range Rover on the map, and for that Hughes made one of his most important hires.

Bill Baker, a former journalist, worked for Ford Motor Co., Chrysler, Volkswagen and several import brands before joining Range Rover in 1986. Baker, who died in 2017, managed to get more publicity for Range Rover than automakers selling 10 times the volume. Hughes said Baker’s work was crucial to the company’s success.

Baker took automotive writers on expeditions through South American jungles and African deserts, and he coddled influential publishers — such as the late David E. Davis, founder of Automobile magazine — with trips to Scottish moors and English castles. Lavish feature stories of the vehicles being used in the most inhospitable places stoked awareness and demand.

“Bill had one of the most creative minds,” Hughes said. “He found ways to expose people to the lifestyle. We got incredible press. It was quite remarkable.”

Not long after launch, athletes such as Michael Jordan bought Range Rovers. A black Range Rover featured prominently in the Golden Globe-winning movie The Player. These were not product placements, Hughes said.

Today, the first-generation Range Rover, which stayed in production until 1995, is one of the hottest collectible vehicles on the market. A restored model — or the rare clean, low-mileage original — routinely sells for multiples of its original sticker price. Hughes says that’s because of its classic looks and go-anywhere-in-comfort capability.

Said Hughes: “It’s one of the most fascinating vehicles ever built.”