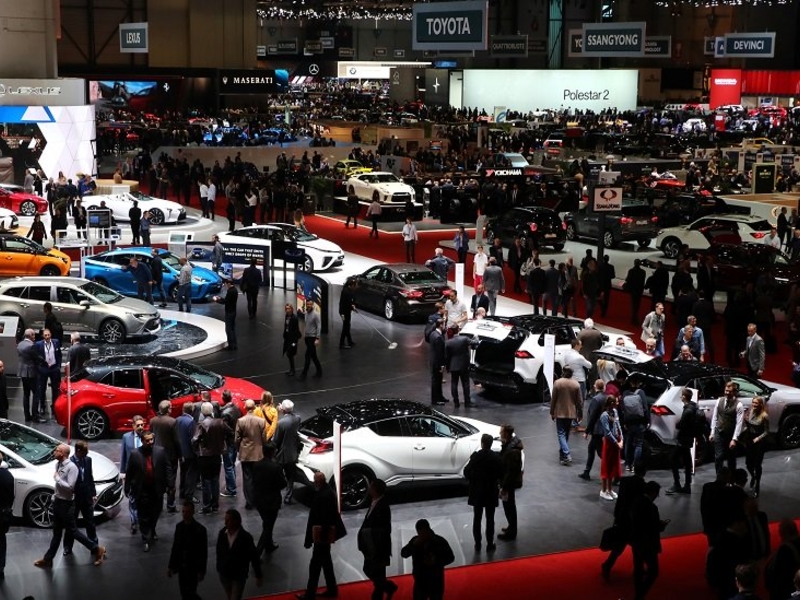 The annual Geneva auto show was plunged into crisis in March when a late decision by Swiss authorities to prevent the spread of coronavirus forced the cancellation of the 90th event.

The show’s organizers, the Geneva International Motor Show (GIMS) Foundation, initially refused to pay back stand fees to exhibitors, generating anger among automakers that had already questioned whether the expense of traditional auto shows was worth the publicity they generated.

Stepping into this crisis is GIMS’ new director general, Sandro Mesquita, who took up the role on May 1 having previously run Switzerland’s arm of advertising company Publicis.

One of his first moves in the job was to reject a bailout loan worth a 16.8 million-franc ($17.3 million) from local Geneva State authority that would have partly been used to reimburse the automakers and organize next year’s event.

In his first interview since joining GIMS, Mesquita explained why he rejected the loan and how he plans to resurrect the show’s fortunes, including possibly cutting automaker costs and even changing the show to a bi-annual event.

One of your first decisions as director general was to turn down a bailout loan from Geneva State. Why?

There are two conditions that are an issue for us. The first one is that full delegation of the organization of GIMS goes to Palexpo [exhibition center], including the conceptualization of the show. This is not acceptable for the GIMS Foundation.

Palexpo already has a big hand in the organization in the show. What would change?

The major change would be that they would decide not just the operational parts but also the concept and strategy. That’s a major problem for us because that’s our work.

What was the second condition that you didn’t like?

They linked the loan to holding a show next year. We haven’t decided whether we should organize a show next year, but the signals we are receiving from the brands are more in the direction of 2022, because of the crisis they are facing. The whole industry is facing a huge [financial] challenge with the COVID crisis and also the situation regarding the coronavirus in the next months is still not clear.

For us it’s a big risk, because we cannot have a second disaster. It would not be possible for us to face another loss. For the moment we are thinking of organizing the next event in two years’ time.”

Geneva State says it’s linked the loan to holding a show next year because Geneva itself is so reliant on the income it brings. I guess you would say that was short-sighted.

We are not looking it from the same angle. We are looking to save the GIMS and my impression is that the State’s view is it’s more short term linked to employment etc. I understand that. But if we have a cancellation next year again it would just be a catastrophe for us, so we need to take into account what the brands are saying, because without the brands there would not be a show.

Part of the loan was to reimburse the manufacturers. If they were reimbursed, might they think about taking a stand in 2021?

This is not the feedback we received. We ask already some major brands if they would be interested in taking part next year and while they didn’t clearly say no, they gave a signal it was their tendency not to. It was not directly linked to reimbursement of the costs.

In March GIMS Foundation chairman said GIMS wasn’t required to pay back stand fees to manufacturers. Why have you changed your mind?

Legally we are not liable, but this is not our intention, our intention is to reimburse and find the financial means to do it.

Don’t you need the loan then from the Geneva State to reimburse?

The Geneva State loan is was first option that the Foundation activated before I joined. Since I arrived May 1, I am looking for other alternatives, so I’m in contact with financial institutions and some investors. The state loan is not the only option. We are still on contact with the Swiss Confederation, so this is another option.

Even before the coronavirus, more manufactures were skipping the show. How can you stop that?

We need to transform the format and also the content we are proposing the brands. This plan for this year was for the show to be much more immersive and interactive, for example the GIMS Discovery, where you could test electric cars, and GIMS tech, dedicated to start-ups, and also the VIP day. I strongly believe there is a future for shows like us, but we need to reinvent ourselves.

Could you switch permanently to holding it once every two years?

For me at the moment all the options are open. We still would like to stay an annual show but there is no taboo. Everything needs to be rethought.

Geneva State wanted the Foundation’s 7 percent stake in Palexpo as a guarantee for the loan. Where you happy to put that up?

Seven percent was understandable. A bank would have asked for that as well.

Geneva State also said that stake would go down in value if the GIMS wasn’t held next year.

That’s a different perspective. My role is not to save Palexpo, my role is to save the GIMS, and I was hoping that the State would say the same. We are mixing the two things, Palexpo and GIMS, and I suspect there is a strong link but that the same time we have to consider what we want to save.

What is going to persuade automakers to reinvest in the show concept in years to come? Does cost come into it?

That is one aspect. We can think about a format that would maybe less costly from an operational point of view. But I think the fact that in the last years we hosted more than 10,000 media representatives, that’s a big asset. The three media days are still very interesting for the brands. So maybe in the future we will be more B-to-B [business to business], and less B-to-C [business to customer], that is something we need to explore. I believe the brand still need platforms for the image of the automotive industry. There are a lot of changes, but everything is interlinked and a platform like Geneva could be a catalyst for all these changes. We believe there is a place for us. Probably the role of the show will evolve, but we want to keep the car in the center.

I guess you would say that if any show does survive it would be Geneva?

I’m pretty new here but all the feedback I received including from the brands suggests there is strong emotional connection to Geneva. Our size is not too big, it’s very easy to visit in 2-3 days, we are near the airport, and the motorway, we are in neutral country and we treat all our exhibitors at the same level. Our impression is that brands like us very much.

Is there anything you would have done differently in the run-up to the 2020 show, which was canceled at the very last minute?

I think it’s always easy to talk about afterwards, but I think we launched a lot of new projects for the 2020 edition. It was very ambitious, maybe too ambitious. It’s important to transform but transform step by step so you can see the reactions. Regarding the coronavirus I don’t know whether I would have done differently because it was so quick, it took a lot of people by surprise.

There was a lot of the anger among the manufacturers about the lack of information and the subsequent insistence that GIMS wasn’t liable for losses. Do you regret that?

I understand there was anger, but once again this was not our decision to cancel the show. Now my objective is to find solutions and to recover the financial stability that will allow us to think about the future. It’s important that the next show is good one and not a small, reduced one. That is not what the brands are expecting, if they are coming to Geneva it’s because it’s a big international motor show and not a small regional show. That is why we are thinking of waiting [until 2022].