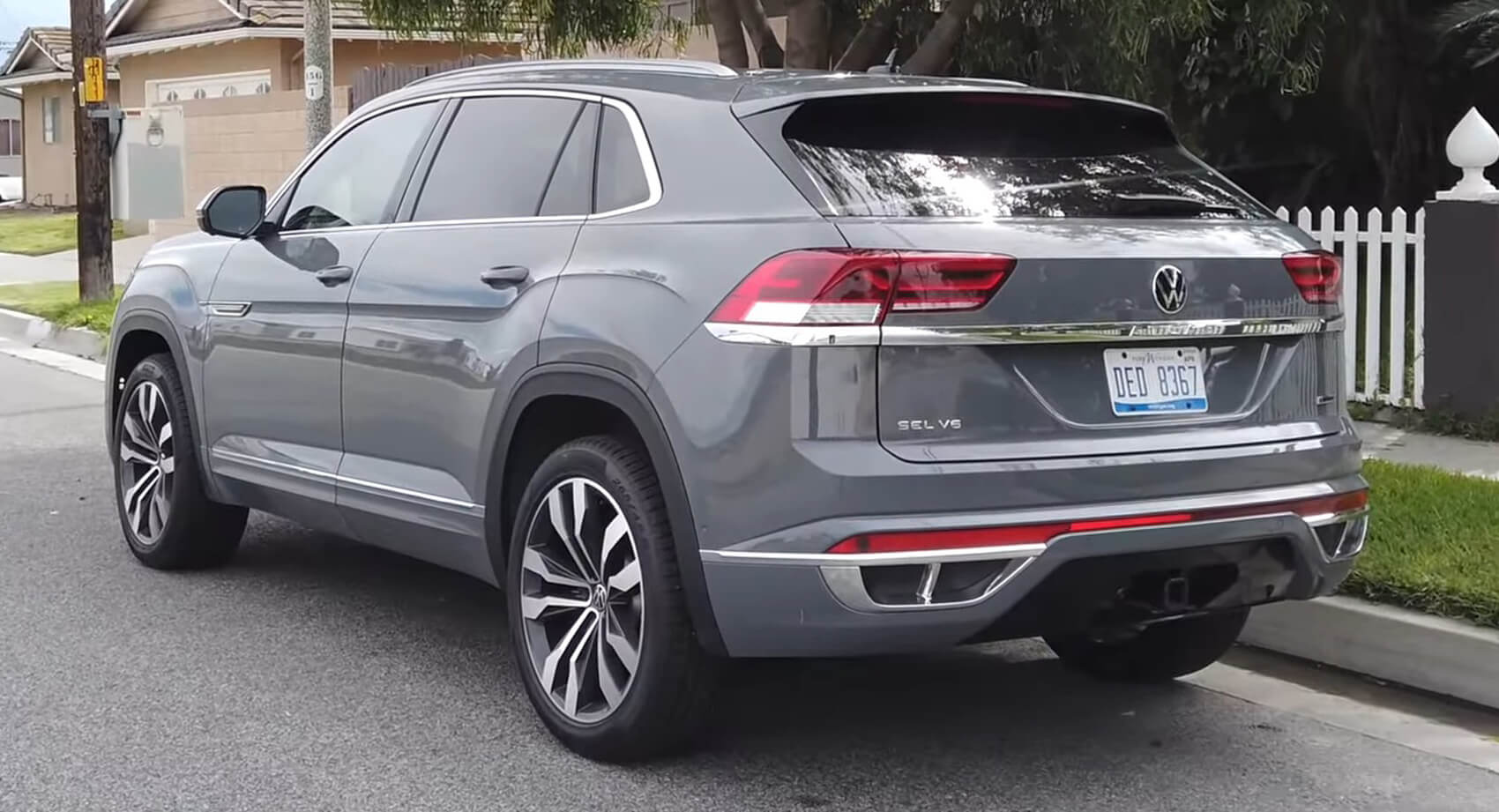 With the same body style and a near identical footprint at less than half the price (when comparing entry-level versions), one could be tempted to call the new Volkswagen Atlas Cross Sport “the poor man’s” BMW X6.

And at $30,545, it is actually better priced than some of the other mid-size SUVs, including the three-row Atlas family SUV, which starts at $31,545. Compared to the latter, ditching the third row while retaining the same wheelbase length has opened up a ton of rear legroom and cargo space, so if you don’t need those two extra seats, you might even be better off with the Cross Sport.

Unless you’re a perfectionist, you won’t be bothered by the overall build quality that includes some fake stitching and will come to appreciate the comfortable and supportive front seats, plenty of storage spaces and 6.5-inch touchscreen infotainment system, as well as the Wi-Fi hotspot and other modern technology features.

Plus, as we learn, it has no less than 11 cupholders – now who would ever need nearly a dozen of those for a vehicle that seats up to five, is a question we’ll leave for you to answer in the comments.

What you pay is what you get with the Atlas Cross Sport, as there are no less than 18 trim levels available. We won’t bore you to death listing every single combination, but we will tell you that the range starts with the $30,545 (excluding destination) four-cylinder S in both front wheel drive and 4Motion all-wheel drive configurations and tops out with the V6 SEL Premium R-Line with 4Motion model that can be had from just under $50,000, which is $14,000 shy of the base, rear-drive BMW X6 sDrive40i.

The engine lineup consists of two units: a 2.0-liter four-pot with 235 HP and a 3.6-liter V6 rated at 276 HP. Both are matched to an eight-speed automatic transmission and, depending on the trim level, the all-wheel drive system is either missing or included.

KBB drove the SEL Premium R-Line powered by the V6, and had a lot of things to say about it, highlighting some of its strong and weak points in the video review shared below.