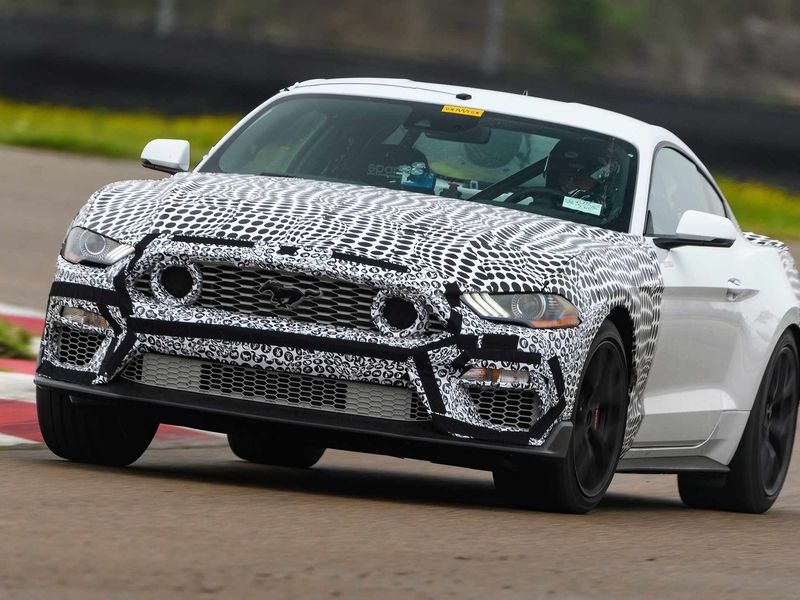 One of the most successful — and revered — special-edition, high-performance Mustangs, the Mach 1, is returning to the Ford lineup as a 2021 model.

The Mach 1 replaced the Mustang GT in 1969 and offered higher performance and better handling than most other versions of the pony car. Except for the ultralow-production Boss and Shelby Mustangs, the Mach 1 could outrun all other Mustang stablemates.

Ford last offered a Mach 1 Mustang in the 2003-04 model years and the latest version is expected to spark new interest as the current Mustang nears the end of its product cycle and overall demand for sports cars wanes. The Mach badge is also being adopted on a new electric crossover, the Mustang Mach-E.

The automaker isn’t saying much about the 2021 Mustang Mach 1, except that it will be powered by a naturally aspirated 5.0-liter V-8 engine and be “track ready.”

The current Mustang GT’s 5.0-liter engine is rated at 460 hp. The engine in the Mach 1 is likely to be rated higher. But Ford, in a statement Friday, did not reveal details, or say what transmissions, suspension tweaks or other equipment the new Mach 1 will feature.

Teaser photos of the 2021 Mach 1 released Friday show Brembo brakes and air ducts, possibly for engine cooling or intake breathing, in the center of the grille.

One of the Mach 1’s key styling features, the hood scoop, appears to have been redesigned and relocated. On previous Mach 1s, the scoop was placed in the center of the hood. The 2021 version appears to show air scoops on the edge of the hood. Another photo shows a unique rear spoiler.

“Mach 1 has a special place in Mustang history, and it’s time for this special edition to claim the top spot in our 5.0-liter V-8 performance lineup,” said Dave Pericak, director of Ford Icons. “Like the original, the all-new Mustang Mach 1 will be true to its heritage, delivering great looks and as the most track-capable 5.0-liter Mustang ever.”

Munro Live Discusses The Tesla Giga Berlin Presentation
The Buick Riviera Had A Touchscreen Display Way Back In 1986
Porsche spent a year and a half restoring the 962 C to its original condition
Musk: Chip And Ship Shortages Main Threats To Tesla Sales Growth
A Bunch Of Forgotten Cars Left At The Pittsburg Airport For Years Are Being Auctioned