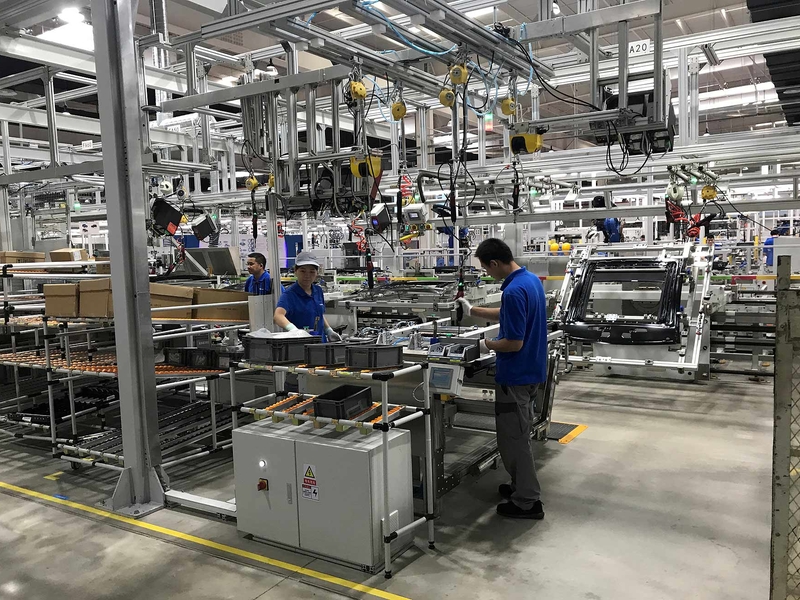 Auto companies cautiously began to get back to work last week in China, even as the deadly coronavirus continued spreading rapidly worldwide.

But it remained unclear how quickly China’s sprawling industry will be able to fully rebound, with millions of citizens — including auto workers — restricted in their movement as the country attempts to control the illness.

As of Saturday, the virus has killed more than 1,500 people and infected more than 60,000 worldwide, mostly in China, with 20,000 new cases reported in just two days.

Many auto companies and suppliers that have attempted to resume work still face challenges.

Production of batteries for electrified powertrains is at particular risk, according to research firm Anderson Economic Group. An analysis released last week by Anderson warned that Tesla could be the most challenged of the five non-Chinese automakers operating in China — both due to production in China of its key electrical components and due to it having an exclusively battery-electric vehicle model line.

“The lithium ion batteries required for the BEV drivetrain travel thousands of miles between manufacturing and assembly,” the analysis said. “While assembly usually takes place in the country where the batteries will be installed in an electric vehicle, the preceding journey is extensive, and is heavily reliant upon Chinese companies.”

The analysis said that if processing facilities for cobalt — a critical component of electric vehicle batteries — are affected by the coronavirus, “it will directly impact both lithium battery prices and those of the resulting electric vehicles.”

Automakers and suppliers are considering alternative sources, Wall said, but if any component consists of intellectual property, or is not dual-sourced or requires special tooling or a special manufacturing process, it will be much more difficult to temporarily reassign to another supplier.

“It really depends on what exactly that component or process is and what the available capacity might be,” he said. “Every automaker and supplier is winding through their supply chains as we speak, trying to find those chokepoints.”

He added that production outside of China has seen little impact. But GM Korea plans to take a two-day break this week due to reduced parts shipments, Cain said.

GM did not specify which parts were delayed.

Honda also said last week that it intends to restart vehicle and component production at most of its Chinese plants this week, and there is also no change in its plan to restart its three factories in Wuhan this week.

Other automakers have not fared as well. Production disruptions caused by the coronavirus outbreak may take a toll on Nissan Motor Co.’s first-quarter profits, according to a Reuters report.

“If production disruptions continue through the back end of February and into March, there could be additional pressure on our China revenue.”

Also last week, the European mobile communications trade group GSMA canceled its Mobile World Congress, a global multi-industry event scheduled to be held in Barcelona, Spain, due to attendee concerns over the coronavirus that led to many pulling out of the event.

The multiday conference was to have brought together a number of automotive companies to discuss trends in artificial intelligence and mobility.

Sarah Kominek contributed to this report.