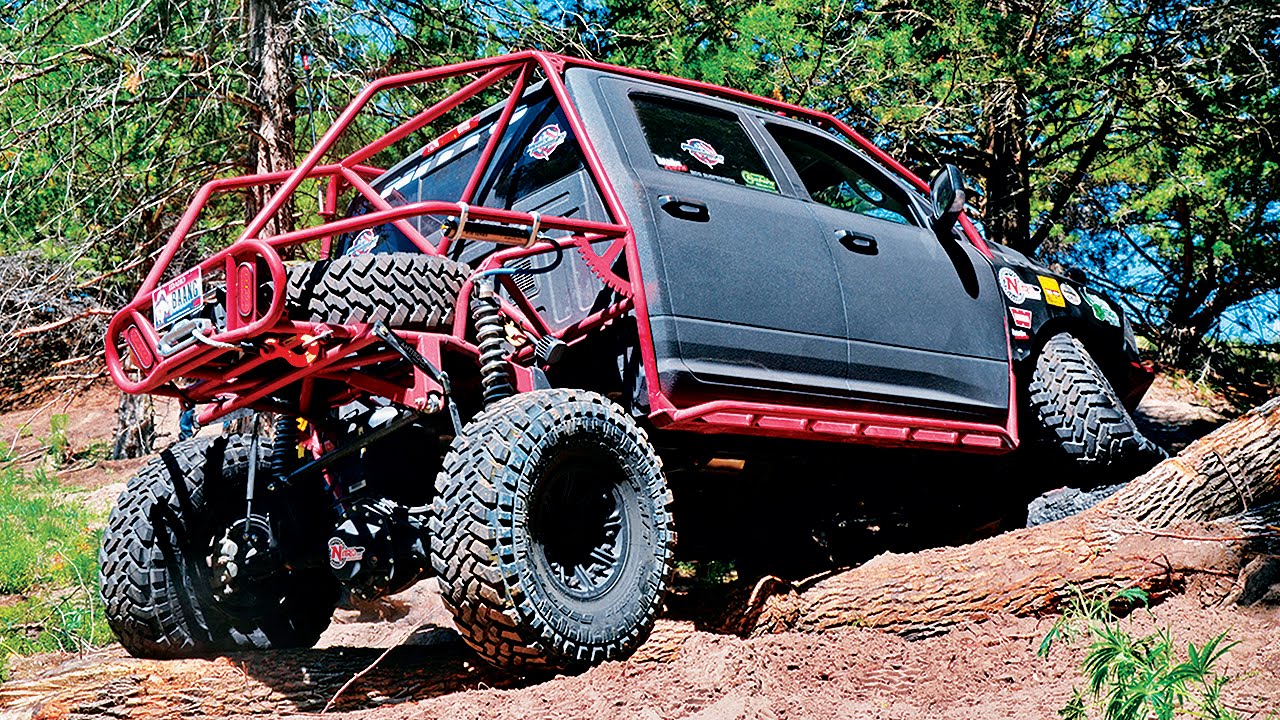 After rolling in under the shine of headlights the previous night the group is ready for another trail day in Pike County, Illinois situated near the Hopewell Winery. With steep climbs covered with still more slick mud the crew attacked the Atlas Trail beginning with a twisty hill climb called the Pin Ball, then the rocky boulder crawl called Bad Dog where wheel speed, suspension travel, and plenty of power are a necessity. After climbing Atlas they must tackle The Mystery Trail featuring a crawl through a creek and ending with an obstacle known as the Can Opener.

Next up was another road day eventually leading the group out of Illinois and into Missouri the final official state of this year’s Ultimate Adventure. Oddly, until day 7, no ferries or ferry crossings had been encountered by the clan, but that was quick to change.

Event coverage and photos at: http://www.fourwheeler.com/ultimate-adventure/

Catch the entire week of 2014 Ultimate Adventure on the Motor Trend Channel November 17th through November 21st with a new video premiering each day!

Subscribe now to make sure you’re in on all the action!
http://www.youtube.com/subscription_center?add_user=motortrend