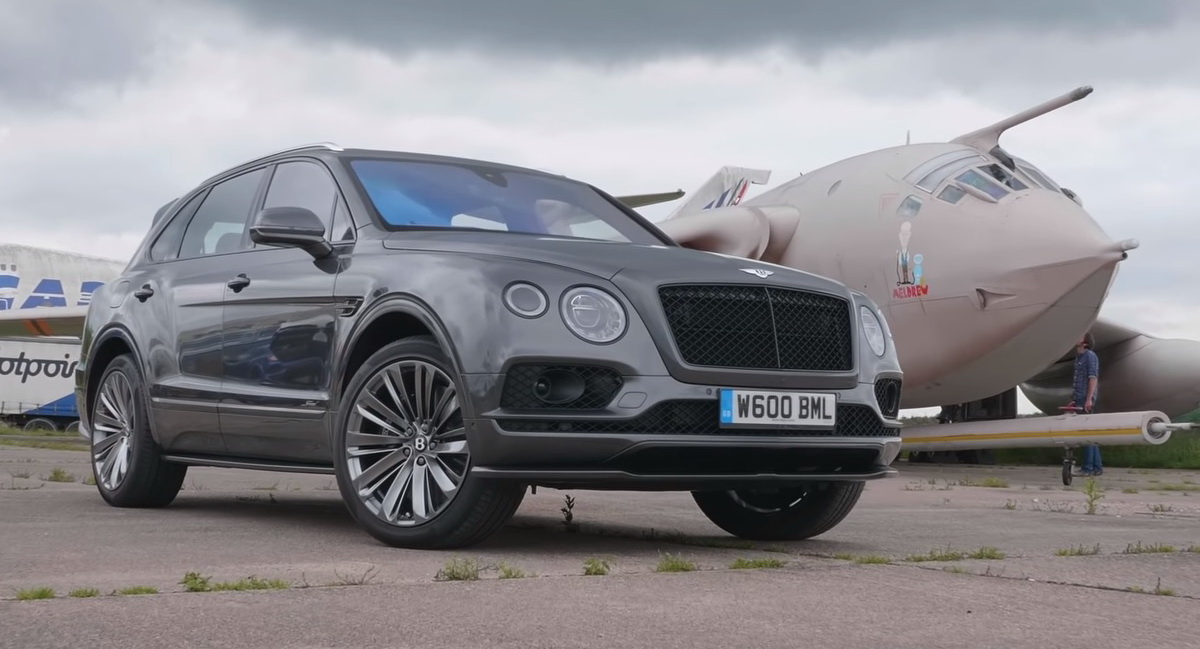 If you are looking for the fastest production SUV available at the moment, then the Bentley Bentayga Speed with its 190 mph (306 km/h) top speed is the one for you.

That small power increase is enough to drop a few tenths out of its 0-62 mph (100 km/h) figure, at 3.9 seconds (down from 4.1). Unlike the Bentayga Speed’s new fruitier exhaust, these improvements may sound subtle; however, Bentley claims that the chassis has been further tightened up to make the driver experience more involving.

The revisions include a recalibrated Sport mode that sharpens the throttle response and makes the eight-speed automatic transmission shift faster, a firmer suspension setup and an updated version of the model’s 48-volt active roll system that keeps the tall body freakishly flat while cornering.

As with every Speed variant Bentley has offered so far, the Bentayga Speed comes with unique styling features, including dark-tinted headlights, black radiator and bumper grilles, model-specific 22-inch alloy wheels, body-colored side skirts, as well as a roof spoiler.

As Carfection found out in its review, the new Bentley Bentayga Speed may not be the most entertaining luxury SUV to drive hard but it certainly gives the driver that tank-line feeling at high speeds, which is what the British car maker is known for; that might be just enough for those few interested in a Bentayga W12 to pay the extra money and get the Speed model instead.