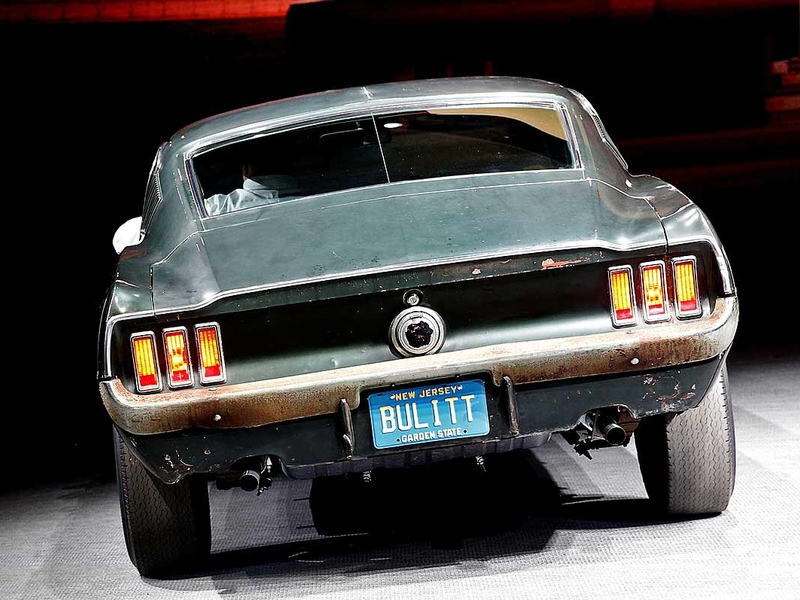 The 1968 Ford Mustang GT that Steve McQueen drove in the classic car chase in the movie Bullitt, one of the most famed cars from American cinema, sold for $3.4 million at auction in Florida on Friday, Mecum Auctions said.

It was the highest price ever paid for a Ford Mustang at auction, according to David Morton, marketing manager for the auction house in Kissimmee, near Orlando. The buyer has not been publicly identified.

“The hammer dropped at $3.4 million, but with buyers’ fees, the total cost is $3.74 million,” he said, adding that it shattered the auction house’s previous record set last year of $2.2 million.

Mecum auctioneer Matt Moravec started the bidding on the fastback at $3,500, but the price jumped to $1 million almost instantly and then jumped to $2 million within a minute.

The unusually low starting price for such a well-known car was requested by the car’s owner, Sean Kiernan, who told the auction room before the bidding started that both times the car had sold previously, it was purchased for $3,500.

The unrestored muscle car, its “highland green” paint looking rusty and black upholstery splitting apart, starred in a 10-minute sequence in the 1968 film, getting airborne a few times as it sped through the hilly streets of San Francisco.

The car was auctioned without a reserve, or minimum sale price, a risky decision that could have forced the owners to sell low.

McQueen filmed with the window down so viewers could see that he was behind the wheel. Although credited as the driver, McQueen actually shared the wheel with Hollywood stunt driver Bud Ekins, according to the movie database IMDB.

Many movie buffs view the chase as groundbreaking for its duration and white-knuckle drama. The sequence forgoes a score in favor of roaring engines and screeching tires. McQueen, playing the no-nonsense police Lieutenant Frank Bullitt, was chasing bad guys who drove a black 1968 Dodge Charger.

After filming, the Mustang was sold to a Warner Brothers employee, and later to a New Jersey police detective. He in turn sold it for $6,000 in 1974 to Robert Kiernan of Madison, N.J., who held onto the car until he died in 2014.

Kiernan rejected multiple offers for the car, including one from McQueen himself, according to the New York Times. He left it to his son, Sean.

“I would like to appeal to you to get back my ’68 Mustang,” McQueen wrote to Kiernan in 1977, according to the Times. “I would like very much to keep it in the family, in its original condition as it was used in the film, rather than have it restored; which is simply personal with me.”

McQueen died in 1980 at age 50. Robert Kiernan never responded to McQueen’s letter, which Sean Kiernan still has, the Times said.

Sean Kiernan told Mecum in a promotional video that his mother drove the car until the clutch failed in 1980. It went nearly 40 years without being driven until recently, with 65,000 miles on the odometer, Kiernan said.