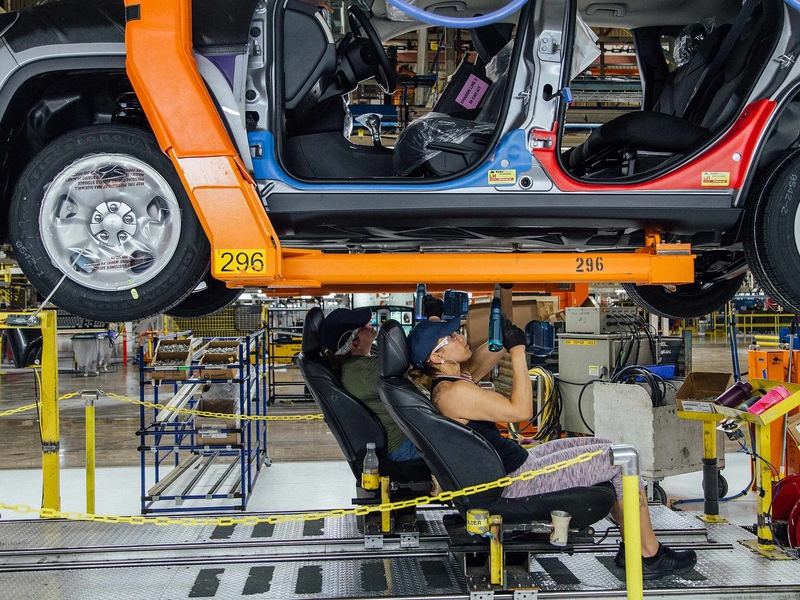 Normal output at the factory, which assembles the Jeep Cherokee, will resume the week of Jan. 27, the company said Thursday.

U.S. sales of the Cherokee, Jeep’s No. 3 seller after the Grand Cherokee and Wrangler, fell 20 percent last year to 191,397. Demand slid 30 percent in the fourth quarter.

FCA invested $350 million in the plant, starting in 2016, to produce the Cherokee, which was moved from Toledo, Ohio. Cherokee production began in Belvidere in June 2017.

The plant also briefly shut down in August to match production with demand, according to the Rockford Register Star. About 1,400 people were laid off at the factory last year when output was reduced to two shifts from three. The plant employs around 3,700 workers.

The UAW’s new contract with FCA calls for a $55 million investment in the factory. Cherokee production is slated to continue. Next-generation safety features will be added to the Cherokee in 2020, according to details of the union’s new labor pact.

Over the years, the plant has also produced models such as the Dodge Dart and Neon and the Jeep Compass and Patriot.

Mitsubishi Chairman Masuko, a symbol of change and continuity, steps down
Porsche Supports Gay Pride With Rainbow-Colored 911 Lineup
Million-Mile Frontier To Live Out Its Days At Nissan’s Tennessee Factory
Covering A C8 Corvette With Stickers Is Not The Best Of Ideas
Roadkill’s LEGENDARY Dirt-Cheap ’66 Chevelle! | Roadkill Garage | MotorTrend