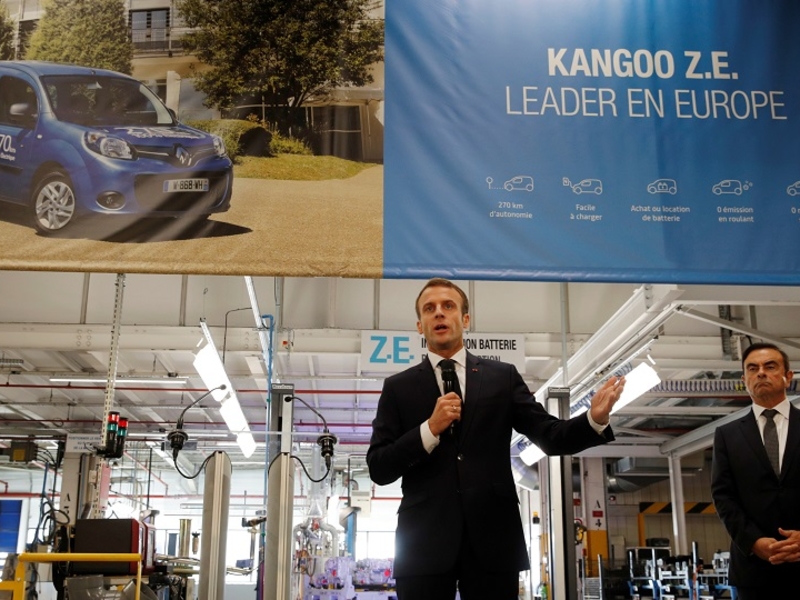 Carlos Ghosn said a surprise move orchestrated five years ago by French President Emmanuel Macron, who was then economy minister, soured relations between Renault and Nissan, setting in motion the train of events that led to his downfall.

In a news conference in Beirut on Wednesday following his escape to Lebanon from Japan, the former CEO of Renault and Nissan pointed the finger at Macron, blaming the French leader for angering executives and officials in Japan by trying to lock Nissan into its alliance with Renault.

While the president was never named, it was clear that was who Ghosn was alluding to when he hinted that the government asked him to push through a full merger of the two automakers against his will.

Ghosn said Nissan executives and Japanese officials were shocked by a 2015 decision by the French government to increase its voting rights at Renault. The overnight move gave the French state a blocking minority in Renault, which in turn controlled Nissan via its 43.4 percent stake in the Japanese automaker.

“This left a big bitterness. Not only with the management of Nissan, but also the government of Japan,” Ghosn told reporters. “And this is where the problem started.”

France increased its participation in Renault to take advantage of new regulation that granted long-term investors double voting rights. Macron, then a 37-year-old economy minister with then-unknown presidential ambitions, did not warn Ghosn he would make the move until the last minute.

According to French and Japanese sources, the move angered the Japanese side of the Renault-Nissan alliance, which feared a national champion was falling under the control of the French government.

In the ensuing eight-month boardroom fight between Macron’s ministry and Hiroto Saikawa — Nissan’s No. 2 executive at the time — Ghosn oversaw the negotiation of an agreement to limit France’s role as an investor and Renault’s role as Nissan’s biggest shareholder. The accord has since come under strong criticism from Renault’s current management, saying it ties their hands as an investor.

Macron’s office did not respond to a request for comment.

Ghosn cites the French government’s move as the tipping point when an already tense relationship between the partners began to unravel. While Renault rescued Nissan in 1999, the balance of power has tilted since then, with Nissan becoming bigger and more profitable in the past few years.

At the beginning of 2018, France asked Ghosn to “solidify” Renault’s link with Nissan as a condition of renewing his mandate as CEO of the French carmaker, even though Ghosn warned Japan was unlikely to agree while the French state was a Renault shareholder.

Although France has reduced its stake since 2015, it is still Renault’s most important investor, with double voting rights, which Nissan doesn’t have.

One senior executive at Renault who was watching Ghosn’s press conference offered a different interpretation of events, saying that there was no true alliance. Rather, Ghosn sought to pair up two companies that never wanted to work together and then made himself indispensable to their operations by preventing direct communication between the two sides.

Ghosn is already under investigation in France for expenses flagged by Renault, which also alerted prosecutors to millions of euros paid by him to a distributor in the Middle East. Ghosn has denied any wrongdoing and said he would answer to a French court if summoned.

But he also suggested that the French government hadn’t been supportive during his detention. With the crucial Renault-Nissan alliance at stake, Macron’s government has walked a fine line, insisting that the presumption of innocence must be respected and while also saying that Ghosn needed to be held accountable for any wrongdoing.

Now that he’s free again, Ghosn made it clear he’s not looking for help from Paris: “I am not asking anything from the French government.”

Macron was far from the only target of Ghosn’s wrath at his first press conference since escaping from Japan. The main focus of his attacks were Japanese prosecutors, Nissan executives and the carmaker’s lawyers, Latham & Watkins. But when he sought to explained the origins of the alleged plot against him, it was the French president he held responsible.

Ghosn, who was on bail and sought refuge in Lebanon last month, said on Wednesday he was arrested to prevent a closer tie-up between Nissan and Renault which Macron had pushed for. He said that he had proposed the two automakers merge through a holding company and was also in talks to combine with Fiat Chrysler Automobiles.

Bloomberg and Reuters contributed to this report