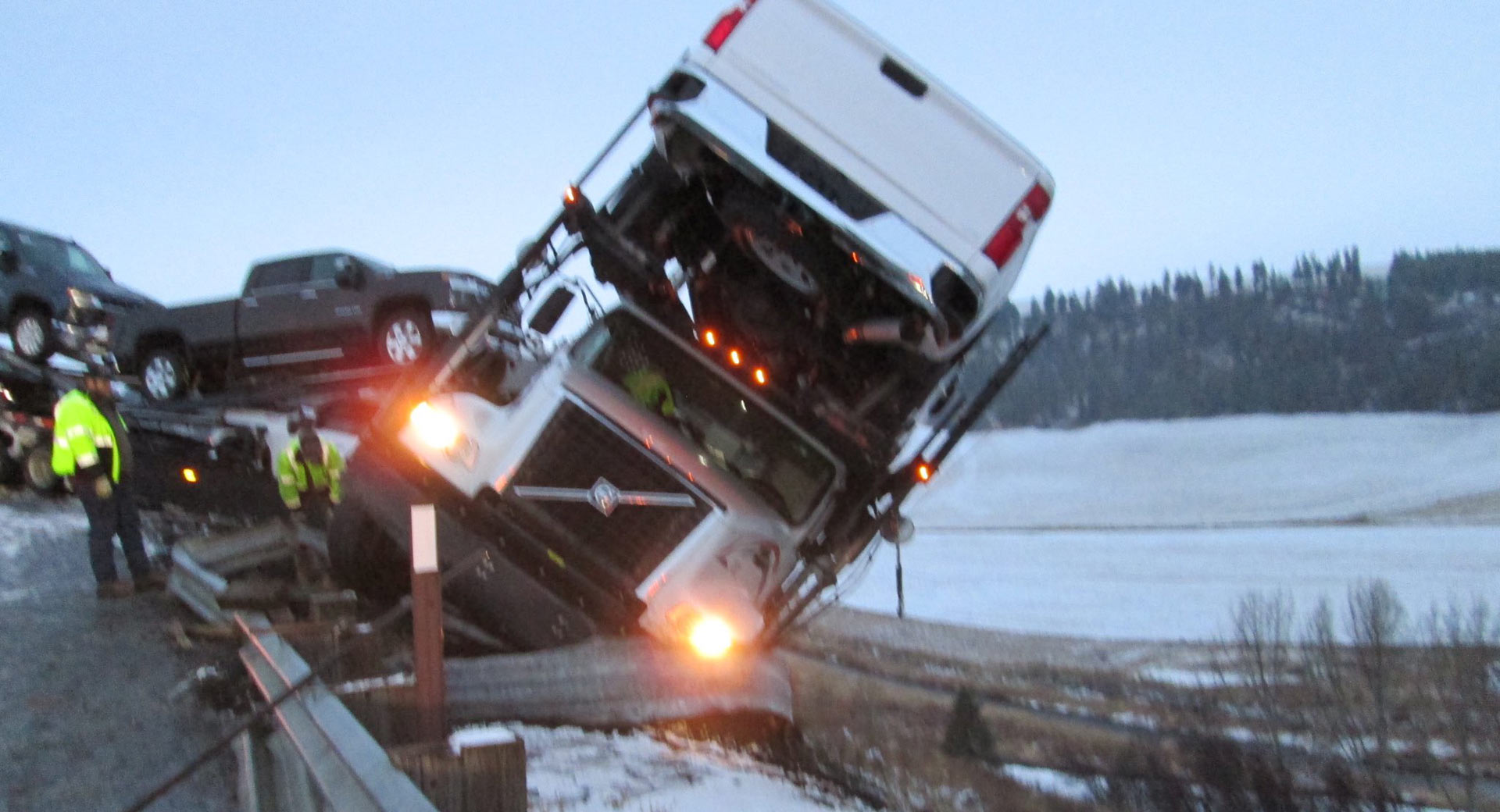 
A large truck hauling no less than six Chevrolets in Whitman County, Washington earlier this week came within feet of tumbling down a cliff after the driver lost control in snowy conditions.

The Drive reports that a storm hit Whitman County dumping roughly two inches of snow. Images of the incident show that the road surface is, indeed, slippery and that the truck driver lost traction around a right-hand bend and understeered directly into a crash barrier on the side of the road.

While the truck caused serious damage to the guard rail, the latter prevented the hauler from tumbling down the cliff and, thus, apart from the truck and the barrier, no harm was done.

Roadway is clear. Tow truck is on scene. pic.twitter.com/wYtzRp0Y0I

Images show the truck was carrying a Blazer, a Colorado, and four Silverados. While one of the Silverados can be seen perched precariously on the roof of the hauler, it doesn’t appear as if any of the Chevys suffered any serious damage.

It’s not hard to imagine what would have happened had the guard rail on the side of the road not stopped the truck. Photos shared on Twitter by local Trooper J. Sevigney provide us with an idea of the steep embankment and show that, below the crash site, there are buildings and other roads. Had the truck, plus six heavy SUVs and pickup trucks, fallen into the Buck Canyon… well, we don’t want to even think of what might have happened.