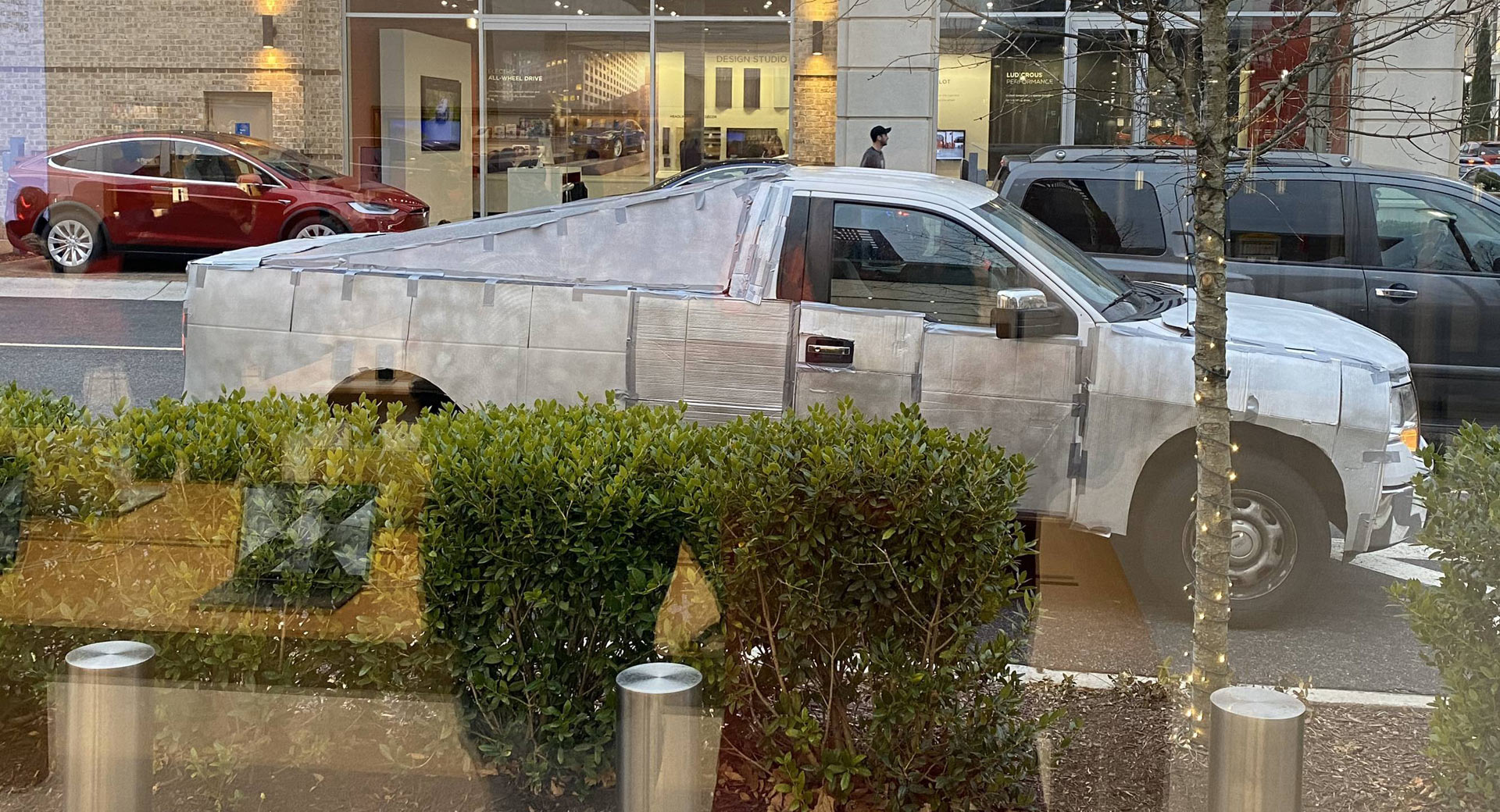 A Pickup Troll Made His Own Tesla Cybertruck | Carscoops


Like they say, if you can’t beat them, join them, and the owner of one particular pickup truck over in the U.S. has decided to do just that with an impressive re-design of their vehicle to mimic the look of the Tesla Cybertruck.

The design of the Cybertruck has stirred up heaps of debate from the moment it was presented to the world. Some love it, some hate it. However you feel about it, it’s impossible to deny that it is unconventional. Evidently, the owner of this pickup was inspired by the vehicle’s design and has used what appears to be cardboard and duct tape to mimic the flat side panels of the Tesla as well as its sharp roofline and bed cover. The image was first shared on Reddit

Making this creation all the more hilarious is the fact that the pickup was photographed directly outside a Tesla showroom.

Controversy: Ford Challenges Tesla To “Apples To Apples” Tug Of War Between F-150 And Cybertruck

If we were to have a guess, we think the driver of this pickup either loves the design of the Cybertruck or (most likely) is instead poking fun at its extremely simple design, perhaps showing to the world how with some sheets of cardboard and duct tape, it’s possible to easily replicate the exterior design of the Cybertruck. If that’s the case, then we have to tip our hat to the pickup owner for their sense of humor.

Regardless of the debate stirred up by the Cybertruck, it appears the Tesla faithful love it, as evidenced by the more than 250,000 reservations that the automaker claims to have received. Admittedly, placing a reservation only requires a $100 refundable deposit and with 250,000 prospective buyers putting down $100 each, Tesla has essentially got itself a $25 million interest-free loan.