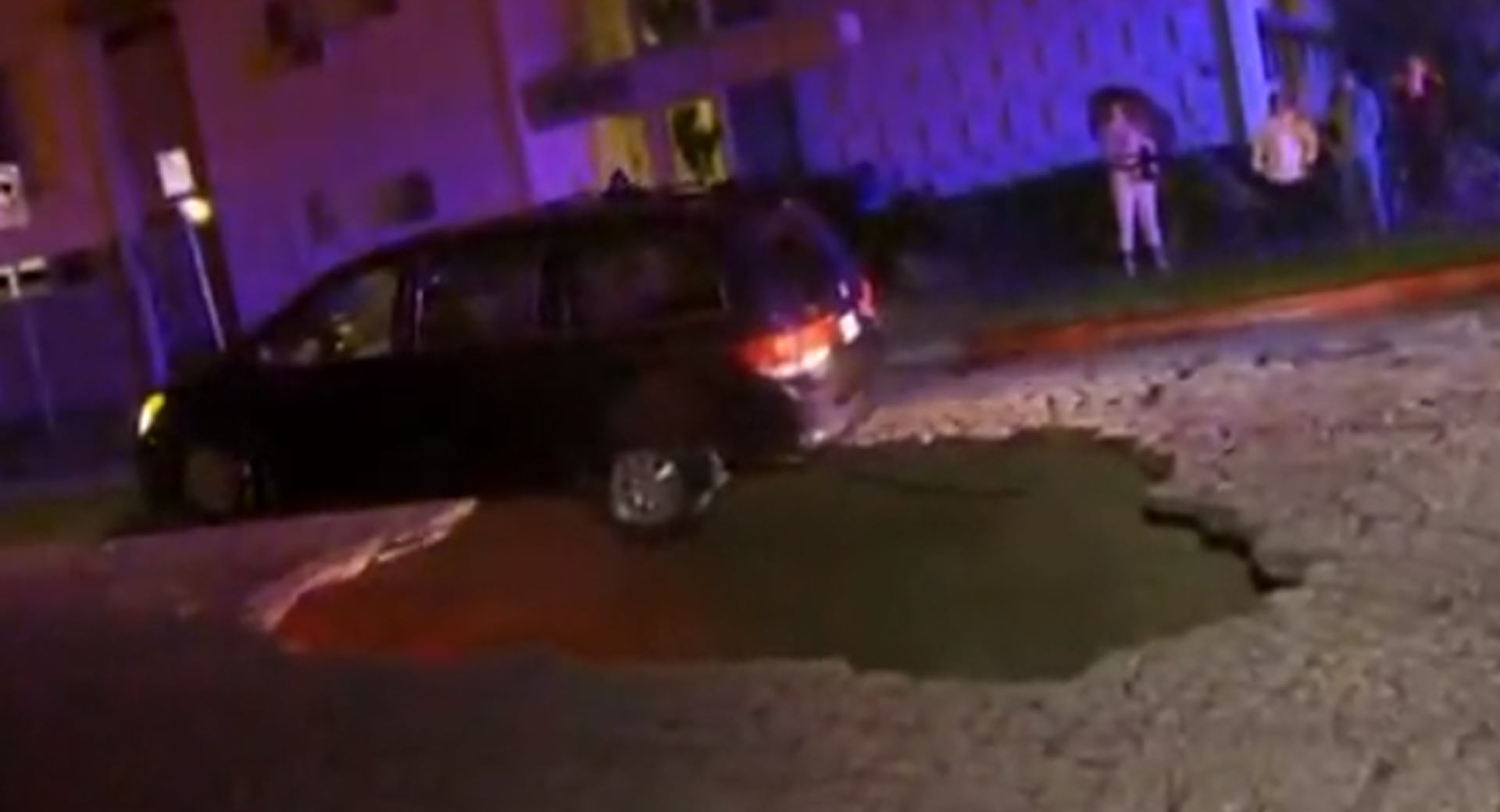 A woman in the U.S. has been awarded up to $4 million from the Los Angeles City Council after her minivan was swallowed up by a sinkhole and she was injured on February 18, 2017.

NBC News reports that when 48-year-old Stephanie Scott was driving near the 4200 block of N. Laurel Canyon Boulevard, the road opened up beneath her and the minivan she was driving fell 20 feet and landed on its roof in a flowing river of sewage. Scott was able to escape onto the underside of the vehicle before firefighters arrived on the scene and pulled her out.

According to the lawsuit Scott filed against the Los Angeles City Council, she “suffered significant injuries, damages and losses.” According to her attorney, Brian Panish, she experienced a traumatic brain injury, post-concussive syndrome, and sight problems due to the incident.

A Similar Sinkhole: A Giant Sinkhole Swallowed A Bus In Pittsburgh, Munched On A Kia Too

The lawsuit was filed in state Superior Court in Los Angeles County and named the country and city of Los Angeles alongside the city’s departments of water, power, public works, and county sanitation districts as defendants.

“We hope that this settlement can improve the quality of her life and that the city will take a good, hard look at their policies and procedures regarding maintenance of its aging sewer system to ensure no other Angeleno suffers through such a horrific experience again,” attorney Kevin Boyle said after the settlement was announced on Thursday.

Dramatic footage from the day of the sinkhole collapse showcased Scott being rescued by firefighters.