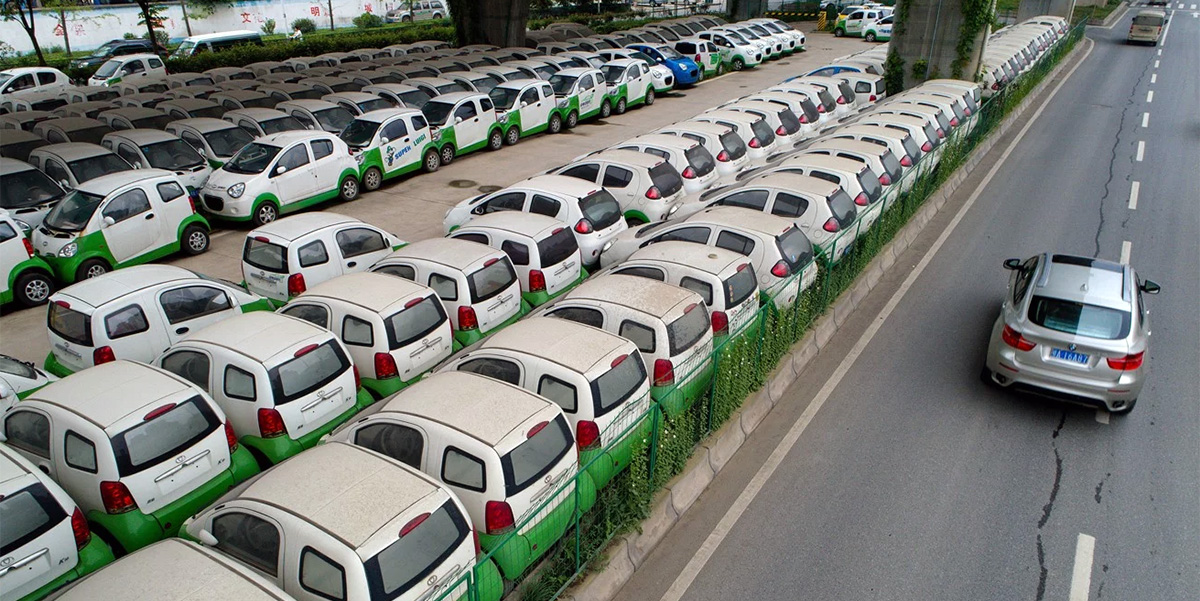 China’s Ministry of Industry and Information Technology on Tuesday released its 15-year EV plan. The “draft development” plan sets a target for EVs to account for 25% of annual new light-vehicle sales by 2025 ­— with no targets specified beyond that year. That’s up from the 20% goal it set two years ago. But Beijing plans to continue phasing out consumer incentives. Instead, it will create EV quotas for carmakers to meet.

In a move that mirrors California’s ZEV mandates, China will force automakers to increasingly produce EVs as part of its “carbon credit program.”

Automotive News China said the ministry didn’t specify how it will change the carbon credit program. But the overarching strategy is becoming clear:

In China’s carbon-credit program, enacted at the beginning of 2019, passenger vehicle makers must earn one carbon credit for every 100 vehicles they produce, according to Automotive News China. EVs get between two and five credits based on range, with longer range earning more credits. Plug-in hybrids get two carbon credits.

Carmakers this year must earn a number of credits equivalent to 10% of their annual output. The rate will increase to 12% next year.

In California’s ZEV program, the number of credits does not directly relate to the percentage of sales. The state’s most recent assessment estimates automakers will need to reach less than 8% ZEV sales by 2025 to meet the 22% ZEV credit requirement.

Shifting the burden from Beijing to global automakers

Under China’s new plan, the burden will likely fall on global automotive brands rather than domestic Chinese automakers — or by using government coffers to pay incentives.

This Week In Asia said that most of China’s 169 domestic car makers ­— producing low-quality vehicles ­— are making EVs. So they can meet the quota. But the big global automakers also producing gas cars will be forced to meet the quota or buy credits from EV producers.

When China slashed government subsidies for EVs by about 60% in June, the results were predictable. Sales of so-called new-energy cars, a category that includes plug-in hybrids, fell by 28%, according to the Wall Street Journal. Reuters reported that the drop this October versus a year ago was 45.6%.

Automotive News China reported that China’s plan is to wind down the incentive program by the end of 2020.

Meanwhile, Tesla today secured electric-vehicle subsidies for Model 3s from the Chinese government. It’s not yet clear how much the subsidy will be.

China’s latest EV plan is shifting from carrots to sticks. When Beijing reduced EV incentives in June, it appeared that it was softening its zero-emission goals. But we now see that it was changing its strategies by putting a greater burden on automakers, especially foreign firms, to either shift to EVs or subsidize the industry-wide transition.

At the same time, we see how California and China are powerful forces. In 2017, Mary Nichols, chairwoman of the California Air Resources Board, said that California and China “can work as partners to bring tens of millions of the cleanest possible vehicles to market over the next decade and a half.”

No matter how you slice it, the writing is on the wall. China is the world’s biggest auto market. California is America’s biggest car market. Both have shown that they will do what it takes to reduce and then eliminate tailpipe emissions as quickly as possible.

If you like electric cars, or motorcycles (or both!), stop what you’re doing and watch Long Way Up
Jeep travels road to electrification
2021 Lincoln Corsair
Tesla (TSLA) gets two new PTs, but they’re not Battery Day related
The Porsche 911 Targa 4S Is A Great Car But Has Its Faults