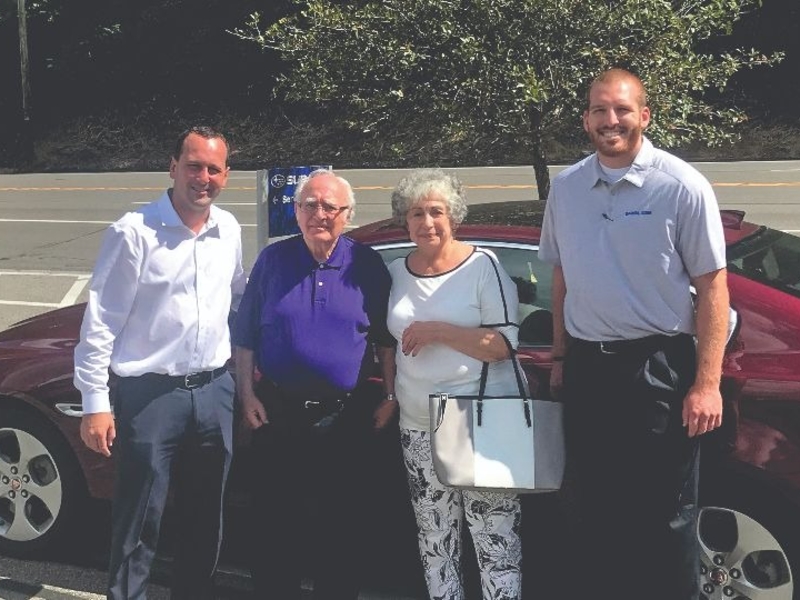 Lithia Motors Inc. is expanding online efforts to source used vehicles directly from consumers, reducing reliance on trade-ins and saving on auction costs. It’s all part of the public dealership group’s strategy to procure the used vehicles most likely to yield the highest margins for its dealerships.

Leveraging new digital channels is a key focus of the strategy. In October, Lithia launched a “sell-from-home” option for customers, who input their vehicle details into a Lithia-owned website and receive an immediate offer for their vehicle. It is being piloted in one dealership in the Pittsburgh market, where Lithia operates its Baierl division.

The technology is part of a broader initiative intended to situate Lithia for a digital future, company executives say.

Smart sourcing of used- vehicle inventory is critical to the profitability of Lithia’s used-vehicle operation, and its overall results, as margins shrink on new-vehicle sales.

“Most dealerships typically live off of the trade-in, which is not really defined or proactive,” Lithia CEO Bryan DeBoer said. “Whereas now, you’re going to get so many vehicles that you can pick and choose the vehicles that are going to have the best margin and going to turn the quickest and be able to meet our customers’ needs at the highest levels.”

Lithia’s average gross profit on the used vehicles it retailed in the third quarter was $2,258, up 4 percent from the prior-year period. It is also nearly $200 more than average gross profit on new vehicles. Sales of what Lithia calls value vehicles, or used vehicles 8 years old or older, rose 19 percent in the third quarter. Gross margins on those older vehicles, DeBoer said, are almost 20 percent.

“That’s really being driven on our ability to procure cars,” DeBoer said.

Private-party sales remain a huge sourcing opportunity, and DeBoer is betting that Lithia — the nation’s third-largest new-vehicle retailer — has both the scale and tools to better tap into that market.

The pilot in the Pittsburgh market, where Lithia operates 12 dealerships, is a prime example. The feature, the result of a project spearheaded by Lithia’s chief technology and innovation officer, George Hines, is available at sell.baierl.com. After consumers input their vehicle information and receive an algorithm-generated offer, a Lithia concierge from a nearby store meets the seller at a location of the customer’s choosing to pick up the car. Payment for the vehicle is deposited into the customer’s bank account.

The closing rate for customers who initiate a vehicle sale through the Baierl pilot is between 50 and 60 percent, said DeBoer.

But it’s not the only digital procurement channel Lithia operates. The retailer also is able to procure vehicles directly from consumers through its partnership with Shift Technologies Inc., the online used-vehicle sales platform in which Lithia took an ownership stake in 2018.

DeBoer said the closing rate for consumers who initiate sell-from-home transactions through the Shift channel is between 70 and 90 percent.

In the third quarter, Lithia made more than 70,000 online purchase offers for used vehicles that weren’t tied to the vehicle owner buying another vehicle, according to COO Chris Holzshu. The offers reached customers through sell.baierl.com, the Shift partnership and other third-party inventory sourcing channels.

Lithia’s “buy-from-home” digital retailing experiment includes various vendors, such as Roadster, Kelly Blue Book and J.D. Power. But the company’s sell-from-home functionality is powered by proprietary technology, which took Lithia less than 60 days to build, according to DeBoer.

“It seems to expand our market share, and our consumers are really enjoying that option,” DeBoer told company analysts during a third-quarter earnings call last month. “Though at the current time, it’s still not being utilized in shares and by consumers as much as we believe that they will in the future.”

Since then, the area has been ripe to test the retailer’s digital technologies.

Technologies proved out in the Pittsburgh market will be implemented at the discretion of the individual leaders in Lithia’s stores nationwide, rather than by corporate edict, DeBoer said.

“We inspire our managers and general managers to use the tools that are most effective for their team and their consumers to do that,” DeBoer said. “What we’re seeing is a massive thirst that this is something they want to evolve to quickly.”

Get Deeper Inside Freiburger’s 1971 Road Runner! – Roadkill Extra
Trailblazer, with low price point, aims to lift brand
Coronavirus threatens the model of urban mobility
Tesla Powerwall owners provide showers and other services during extended outage
Tesla's deal with CATL could be key to its future in China