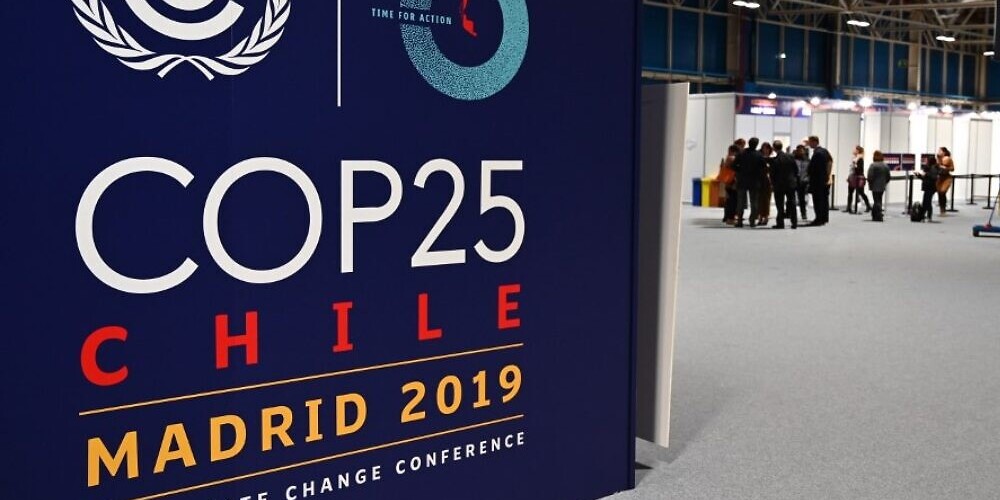 Delegates from around 200 countries will attend the climate summit from December 2-13. Concrete plans are expected to be put in place to reach the goals of the Paris Agreement.

Guterres “insisted that his message was ‘one of hope, not of despair. Our war against nature must stop and we know that that is possible’.” He continued:

The technologies that are necessary to make this possible are already available. The signals of hope are multiplying. Public opinion is waking up everywhere. Young people are showing remarkable leadership and mobilization.

But we also see clearly that the world’s largest emitters are not pulling their weight. And without them, our goal is unreachable.

We are here to find answers for article 6, not to find excuses.

Article 6 is a referral to a worldwide market for emissions, a key element of the sixth article of the Paris accord.

Further, the AFL-CIO and “a group of CEOs who employ more than 2 million people in the United States and union leaders who represent 12.5 million workers” have just released a statement today, ahead of the Madrid Summit:

Together, we know that driving progress on addressing climate change is what’s best for the economic health, jobs, and competitiveness of our companies and our country.

Humanity has never faced a greater or more urgent threat than climate change — and it’s one we must face together. Apple will continue our work to leave the planet better than we found it and to make the tools that encourage others to do the same. https://t.co/26sTnleNep

The statement was signed by CEOs from companies such as Apple, Mastercard, L’Oréal, Virgin Group, Citigroup Inc., Dupont, Dow, The Walt Disney Company, and Unilever.

You can read the full “Joint Labor Union and CEO Statement on the Paris Agreement” here.

Their goal is to hold more than 10 million ‘climate conversations’ in the coming year with Americans across the political spectrum.

With a starting budget of $500,000, Mr. Kerry said, he and other coalition members intend to hold town meetings across the country starting in January. Members will head to battleground states key to the 2020 election, but also to military bases where climate discussions are rare, and to economically depressed areas that members say could benefit from clean energy jobs.

We’re going to try to reach millions of people, Americans and people in other parts of the world, in order to mobilize an army of people who are going to demand action now on climate change sufficient to meet the challenge.

Solar is rising in Texas

Texas is the US leader in producing wind-generated electricity. And the state is expected to double its solar electricity output in 2020 and then again in 2021.

As the Houston Chronicle explains:

Solar developers are taking advantage of ample land, abundant sunshine, and federal renewable energy tax subsidies before they drop from 30% this year to 10% for commercial projects and disappear entirely for rooftop installations in 2022.

Energy experts predict that as the solar industry grows, it will disrupt the status quo much as low-cost wind generators did, driving down power prices and profits of coal, natural gas, and nuclear generation. Solar, however, may pose an even greater threat because unlike wind, it produces the most power when demand is highest — hot, sunny summer afternoons.

The solar industry is being predicted by one analyst to generate about 20% of Texas’ capacity sometime over the next five years. If battery storage capacity grows, it will happen even faster.