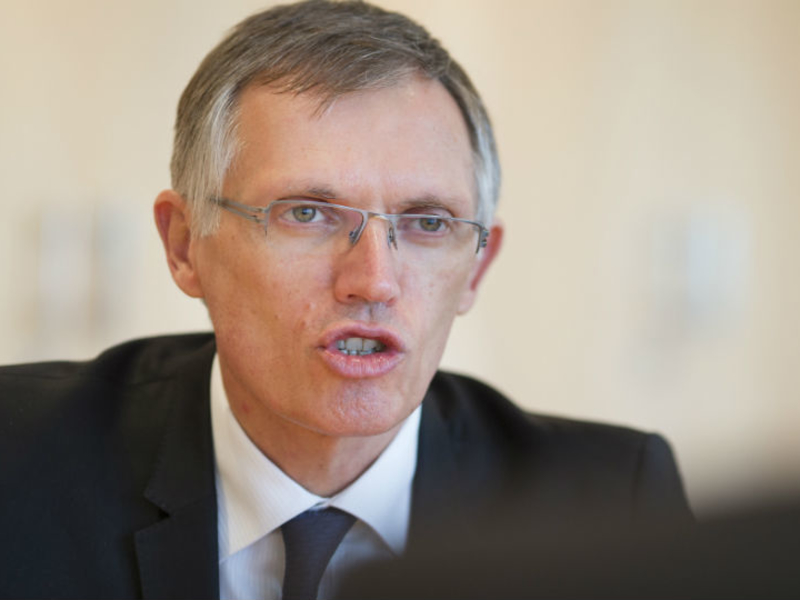 Many in the automotive industry are talking about the need to consolidate to overcome the challenges of emissions regulations and autonomous cars, but Carlos Tavares is doing something about it. In 2017, PSA acquired Opel/Vauxhall from General Motors and within 18 months the money-losing German/British brands were recording 5 percent operating margins. This year, Tavares is dreaming bigger, hoping to engineer a merger with Fiat Chrysler Automobiles that would create the world’s fourth-largest car company. He spoke with Automotive News Europe Associate Publisher and Editor Luca Ciferri and Correspondent Peter Sigal about the road ahead.

What is the rationale for a potential PSA-FCA merger?

The two companies are very complementary on technology and very complementary on geography. They have the confidence that comes from the fact that they have turned themselves around, and the maturity to understand that it’s better to face the challenges ahead together rather than alone. All this is the foundation for synergies that could generate value for shareholders and stakeholders.

In the proposed merger, you would be CEO for five years and the 11th board member, with five each from PSA and FCA. How would you use that power?

The CEO is just a tool to make things happen, and the toolbox is very, very big. I want to be very humble. I’m privileged to have the opportunity to bring this deal to a conclusion with all the teams involved. I want to underline that Mike [Manley, FCA CEO] and I have a longtime relationship and mutual respect and trust for what we hope to build together. The [overall] CEO would be there to make sure the new company is moving forward in terms of technology investment, profitability, work-life balance and everything. Success for all of us would be that in a few years nobody remembers who appointed the board members.

The top executives at each company should be at ease. These are two great companies based on the public numbers published by both. Neither is currently in crisis. So, full respect to the current top executives of the two companies — chapeau bas (hats off), as we say in French. [PSA-FCA would be] such a big entity, with such a high level of things to be achieved, that we would need all of them. The second thing is that the only rule would be meritocracy: In the interests of everybody in the company, in each key position you should pick the best possible executive to deliver results for everybody to enjoy.

Do you want to become a bigger automaker or become a mobility provider?

A bigger carmaker would be very helpful, because if you don’t become larger to dilute your r&d costs and have a volume scale effect on the purchasing of components such as batteries you could be in trouble. It’s especially helpful with electrification, because you will have leverage to buy kilowatt hours at the most competitive price. Those two factors are real. That is where it helps. And specifically, for people working in regions where there are going to be significant breakthroughs on CO2 objectives, scale would be a real benefit.

PSA does not have a designated chief operating officer. How do you manage decision-making?

I am a strong believer in a matrix organization. At PSA we operate within three axes: the regions, the brands and the functions. Even within this three-dimensional operation, we have business units that go through and try to boost the system. For example, we could have the CEO of Peugeot reporting on volumes and profit, then the European head report on total profits, volumes, market share, quality and customer satisfaction for all brands in the region. On the functional side, we would look at whether we are ready to launch a new car, are manufacturing costs being reduced? So we are constantly reviewing the business in three dimensions.

How is this beneficial?

It’s very important to let the matrix breathe. People are human. They have different characters, and they express them in a personal way. If you “lock” the matrix, it will break because you can’t force people to all act in the same way. In the end, I don’t care about the win for the brand, for the region or for the function. I want PSA to win as a whole.

You are a big believer in agility. When your company grows, how do you maintain its maneuverability?
Adding Opel/Vauxhall to Peugeot, Citroen and DS was a good learning experience. What I’m trying to do is find the spirit in what we want to achieve as an efficient team. People come to me with a paper with, say, 10 bullet points. I will listen to what they are, then say, “OK, what is the spirit of what we want to do?” If people understand that then they won’t ask you every day what they should or should not do. They don’t have to ask me for validation. Therefore, you will have more time because people will have more autonomy. It is rewarding and they can unleash their potential in a way that is much more fulfilling for them, and it gives me much more time.

Are you making fewer decisions now?

Certainly. But there are still topics where people don’t feel comfortable enough to take a strong position, so they can use their monthly one-on-one, one-hour meetings with me to ask for guidance.

One area, however, in which both companies are weak is China. How would a merger with FCA help?

At least for PSA, I can recognize that we haven’t achieved very much in China. But if we come together it could give us a lever to get things done there. The fact that we would be together would, perhaps, open other doors or different doors than the ones we could open alone.

On Jan. 1 new EU CO2 regulations will start to take effect and fleet emissions will have to drop sharply to 95 grams per kilometer. How will PSA flip that switch?

We have a very precise process. I can’t say a lot about it because it’s highly competitive, but it involves our production, our order book, and making our dealers actors in what we are doing, not just followers. For us, it’s an ethical matter [to meet CO2 targets], not just a financial matter. Our employees’ children might ask them someday, “What did you do to fix the global warming issue?” So, they want to say that despite working at a car company, they are contributing — and working really hard — to address global warming.

Meeting emissions targets means electrification. Do you have any battery supply concerns, and should Europe have more battery factories?

We have secured enough battery supply for the next three years, but in the longer term the question will be there. That is why we support the idea of a European battery champion project. We understand that strategically, on a long-term basis, we don’t want to be dependent on the Asian suppliers, despite the fact that we have excellent relations with them. But such a project cannot succeed if we don’t get the appropriate support as a strategic investment from the EU

PSA has had some of the best operating margins in the automotive industry, but there is an overall cost for emissions compliance. How much of this cost can you absorb and how much will you pass on to your customers?

We can be very disciplined on pricing, but at the end of the day it doesn’t matter. All we can do is be the most profitable, so you don’t get hit immediately by the costs of governments not investing in a charging network, not subsidizing sales of electric vehicles appropriately, or doing the wrong thing in terms of regulations. So either we digest these costs, or we are able to increase productivity. Or we can’t, and somebody will get hurt.

How is it possible to reduce emissions and a company’s carbon footprint while simultaneously protecting auto industry margins and employment?

I don’t think there is a magic formula, but citizens should understand that the cost for reducing emissions will be paid by them, either through taxes or through reducing their freedom of mobility, from an affordability standpoint. People want better crashworthiness, they would like to have less or zero emissions, they would like to have more connectivity and more convenience, but nobody wants to pay for it. So somebody will have to make the hard choices.

We have heard people from Apple to Ford say that the move toward autonomous driving is more expensive and more risky than we thought. What is your position on how the technology will develop?

We have been very clear in saying that we don’t see value in driver assistance systems beyond Level 3 [when the driver has to be ready to take over control if needed] for affordability reasons, viewed from the private customer. Beyond that the cost skyrockets and value doesn’t increase proportionally. That means there’s no business case for retail sales beyond Level 3. Now, we continue to work on Level 4 or Level 5 [when the car has control in most or all situations] that will be interesting for shared mobility such as shuttles. That’s because these vehicles will be shared among many users, so they can be more expensive. They will be used in simplified environments with dedicated lanes with clear signage. That will also make the validation of the software easier, there will be fewer scenarios to test against.