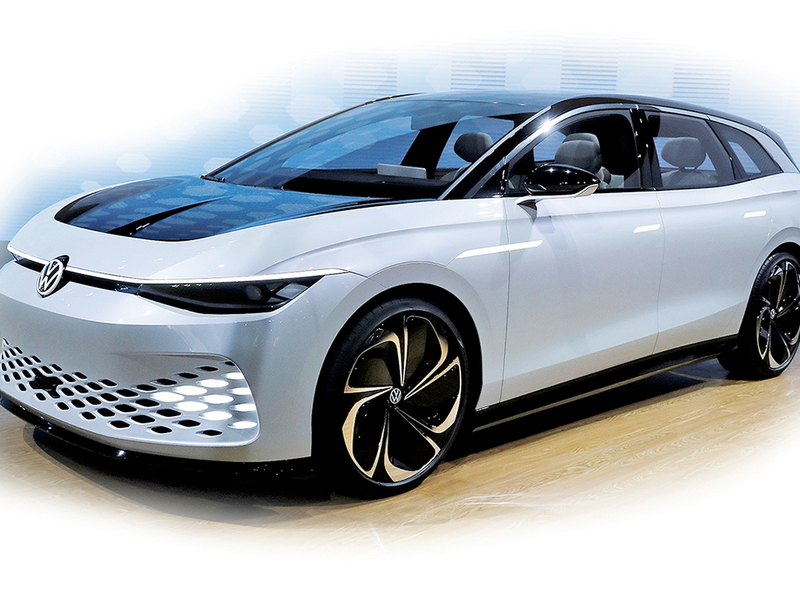 A wagon-shaped concept electric car that Volkswagen introduced at the Los Angeles Auto Show is likely to transform into more of a traditional crossover by the time the production version makes its way to dealers in the U.S. in 2022, Volkswagen of America CEO Scott Keogh said.

The ID Space Vizzion, engineered on VW’s MEB modular electric platform, is equipped in concept form with a 275-hp rear-mounted motor and an 82-kWh battery pack the brand says will give the vehicle a range of about 300 miles in EPA testing. A second 10-hp coaxial electric drive motor could be fitted to the front axle to provide on-demand awd, VW said.

“The reason we love this vehicle is it’s optimized like crazy for range — a super aerodynamic package — and it’s a super good size,” Keogh said, adding that the concept “has a lot of things Americans will like.” But, he said, Volkswagen designers are looking at a “more rugged version of this” for U.S. dealerships, similar to the Volkswagen Alltrack or Audi Allroad awd wagons.

The ID Space Vizzion picks up several design cues from earlier VW battery-electric concepts. They include interactive LED lighting elements incorporated into the production version of the ID3 — the brand’s first of what is expected to be a family of BEVs globally — which debuted in September at the Frankfurt auto show.

At 195.2 inches long, it’s about 10 inches longer than the Tiguan but boasts a very slippery 0.24 drag coefficient that boosts range.

Inside, much of the cockpit clutter was removed in favor of what VW calls an augmented-reality head-up display — a 15.6-inch touch screen that shows entertainment, comfort, online functions and vehicle settings. A simplified shifter was moved onto a stalk on the right side of the steering column in the all-digital cockpit.