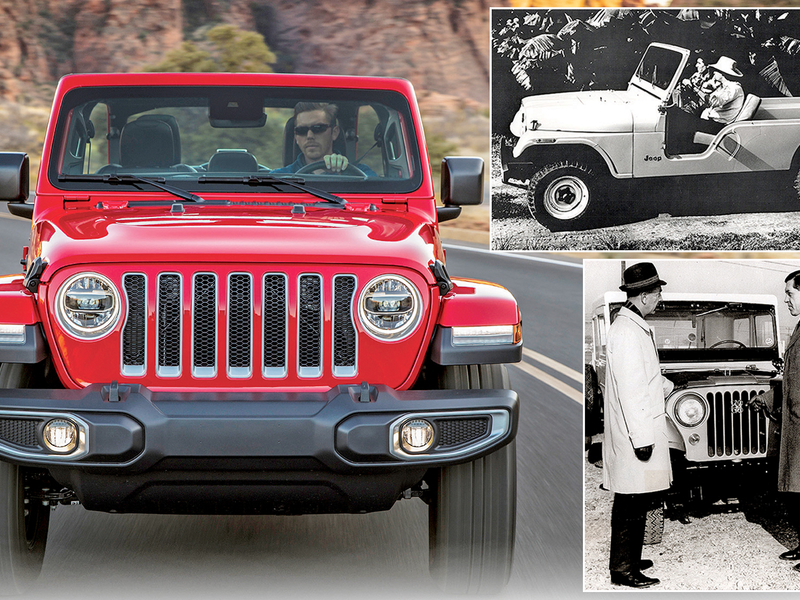 SPRINGDALE, Utah — With the Jeep Wrangler EcoDiesel due out by the end of the year, a new generation of off-roaders can experience a torque boost in their rugged adventure vehicles.

It will be the first diesel for the Wrangler since the nameplate debuted in 1986, but the model’s diesel ancestry goes back more than five decades.

One of the Wrangler’s forefathers, the CJ-5, had a diesel option in the 1960s. Kevin Metz, the Wrangler’s senior brand manager, said it was available from 1961 to 1968 with a Perkins four-cylinder “that got a whopping 143 pound-feet of torque.”

“I’m not sure what they were aiming for” with the diesel, said Patrick Foster, a Jeep historian who said the CJ-6 also had that option. “I tend to think it was like either construction or agriculture because the diesel passenger car market in the U.S. was tiny back then. I tend to think most of them went overseas because Europe and the U.K. are natural diesel engine markets.”

Foster also recalls a military Jeep from that era with a Cerlist three-cylinder engine. Foster said those models can be found sometimes at enthusiast shows.

Foster said the civilian Jeeps “never proved very popular in the U.S. market,” but in the early 1970s, American Motors reintroduced a diesel for overseas versions of the CJ series.

Some other Jeep nameplates in the U.S. have dabbled with diesel options over the years. The Liberty offered a 2.8-liter turbocharged common-rail diesel engine in 2005 and 2006. Earlier this decade, the EcoDiesel V-6 had a controversial run in the Grand Cherokee due to an emissions cheating scandal.

Offering the 2020 Wrangler with Fiat Chrysler’s third-generation EcoDiesel is “another in a long string of things we’ve done to keep Wrangler exciting and fresh,” Metz said.

“It’s been something that people have been asking for for decades. Since the launch of the [redesigned Wrangler] in ’18, this has been one of the most highly anticipated features we’ve had.”

With few cars to sell, where do ad dollars go?
Porsche imagines an interior for self-driving cars
The Cayman T Is The Lightest Porsche You Can Buy Today
Amazon-backed Rivian in talks for UK factory, report says
BMW M5 CS Races Dodge Charger Hellcat Redeye In Battle Of The Sedan Titans