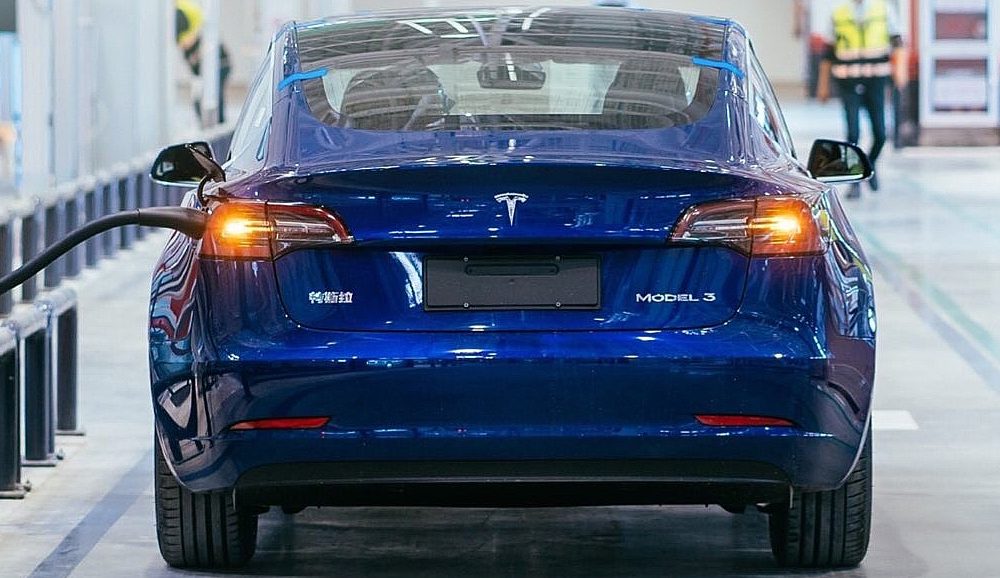 Tesla may still be waiting for its final sales permits in China before it can start the initial deliveries of the Made-in-China Model 3, but the electric car maker is already busy promoting its locally-made creation. This is highlighted by Tesla reportedly showcasing the MIC Model 3 in several of its local stores as early as this Friday, November 22, 2019.

Local reports point to the Gigafactory 3-manufactured Model 3 being deployed to all Tesla China showrooms across the country. This means that later this week, locally-produced Model 3 units will likely be making an appearance in different cities across China. This bodes well for the electric car maker, as it would allow Tesla to establish its local presence even in areas beyond China’s key cities like Shanghai.

Based on teasers of the locally-made Model 3 that have been shared online so far, it appears that all-electric sedans selected for the upcoming awareness campaign will be painted blue, similar to the other locally-made units that have been used by local media in their reviews. The vehicles also appear to be equipped with 18″ Aero Wheels and an all-black interior.

The pieces are now falling into place for Tesla in China. While the company is still waiting for a final approval before it could conduct deliveries of the Made-in-China Model 3, the electric car maker has already been granted a license to produce the vehicle at scale. Considering that Gigafactory 3 is now operational, it would not be surprising if Tesla China is already producing the MIC Model 3 even as it waits for the vehicle’s final permits.

Gigafactory 3 has the potential to be a massive difference-maker for Tesla. The facility’s first phase, which is designed to produce and assemble the Model 3 (and later, the Model Y), was completed in record time. A second phase, which will be a battery facility is also under construction on the southern end of the Gigafactory 3 complex. Gigafactory 3 Phase 2 is being built at a very rapid pace as well, with the facility’s roofing being more and more complete every week.