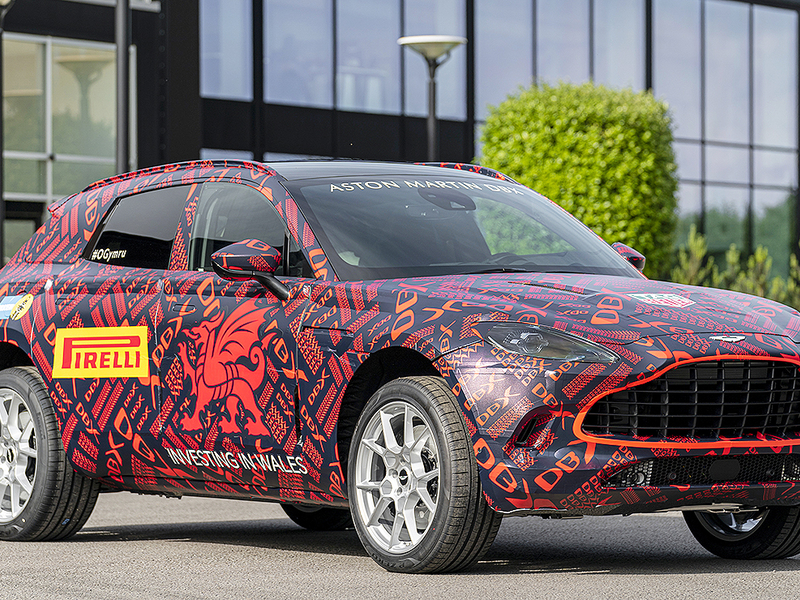 Aston Martin said the DBX, set to become the latest SUV entry from an exotic and ultraluxury automaker, will start at $192,986, including shipping, in the United States.

The DBX will be priced right alongside most of its competitors, a growing group of models that started with the Bentley Bentayga in 2016.

Ferrari’s entry into the SUV segment, the Purosangue, is set to launch around 2022.

Aston Martin on Tuesday said the DBX will make its global debut on Nov. 20 in Beijing.

The DBX will be built at Aston Martin’s new factory in St Athan, south Wales. Deliveries are expected to begin in mid-2020.

Aston Martin is aiming to lift annual production to 14,000 vehicles by 2023 with the help of the DBX. That goal would be more than double last year’s sales figure of 6,441 cars. The company is targeting 6,300 to 6,500 deliveries this year.

The DBX was shown as a concept at the 2015 Geneva auto show. Aston Martin then confirmed DBX as the production name last November and released the first batch of camouflaged photos of a prototype.

In September, the automaker said that the DBX will be powered by a 4.0-liter twin-turbocharged V-8 engine making 542 hp. The engine is the same Mercedes AMG-supplied unit that Aston Martin uses in its Vantage and DB11 sports cars, but tuned to give more power.

Aston Martin also released a teaser photo of the DBX’s interior, which appears to keep in line with the interiors of the other models in the automaker’s lineup.