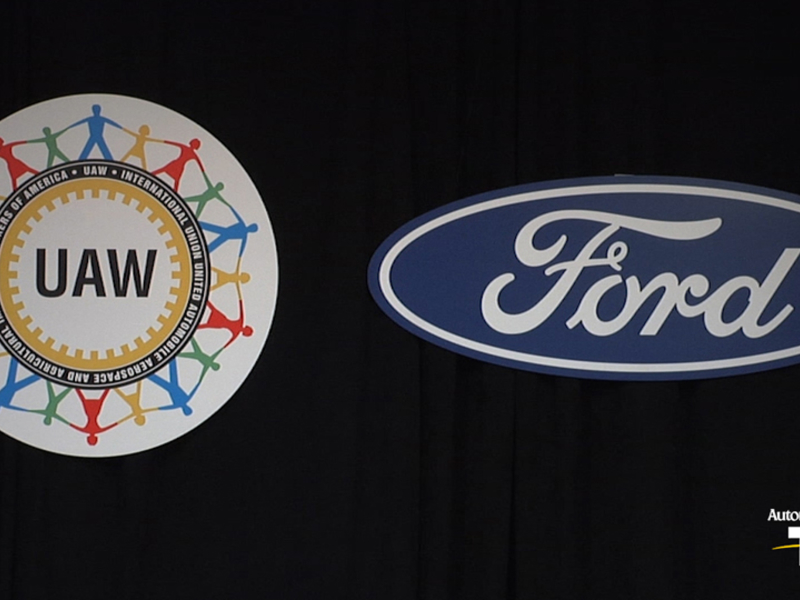 Union workers will vote by Nov. 15 whether to approve the proposed contract, a union spokesman said. The UAW said the deal provides economic gains worth an estimated $29,500 for production workers and $32,500 for skilled-trades employees through 2023.

“This contract provides over $6 billion in new product investment creating and retaining over 8,500 jobs. We are proud that UAW-Ford members through this contract will continue to be the largest U.S. auto workforce and build the most products here at home,” UAW Vice President Rory Gamble, who heads the union’s Ford department, said in a statement. “This contract reflects the hard work, sacrifice and quality work of UAW members as they lead the U.S. auto industry.”

Gamble said the agreement provides significant gains, including a pathway for full-time temporary workers to achieve permanent status, a faster path for all current UAW members at Ford to reach full pay, no change in health care costs and significantly improved job security.

It establishes a moratorium on outsourcing and plant closures, except for Romeo Engine in Michigan. When Romeo Engine closes, its workers will be transferred to Van Dyke Transmission nearby, with no job losses expected.

The majority of the $6 billion in investment will go to Ford’s assembly plants. That includes $700 million at the Dearborn Truck Plant in Michigan for the next-generation F-150 — including a hybrid version, a battery-electric version and a new Raptor — as well as $1.1 billion at Michigan Assembly and $900 million for Ohio Assembly, which will get a new undisclosed product in 2023.

There was no immediate breakdown of how many of the 8,500 jobs would be new.

Lancia Delta Integrale Will Start E-Retrofit Premium Series And Become An EV
Parts and service in a pandemic
Future Cars! 2021 And Beyond
Detroit 3 execs commit to action against racism, discrimination
How Do The 2020 Honda Civic Type R And EP3 Type R Compare?