It goes without saying that intersections not controlled by traffic lights are way more dangerous than those regulated by stop or yield signs.

The following accident caught by a dashcam in Vancouver, Canada, proves that only too well, unfortunately. The footage starts with the cammer driving in a residential neighborhood, stopping at a stop sign and then turning right on a main road.

As they drive on that street, we can see that some intersections feature traffic lights while some do not, being regulated by stop signs instead. Little did the driver know that an unpleasant surprise was waiting for them at a secondary junction. 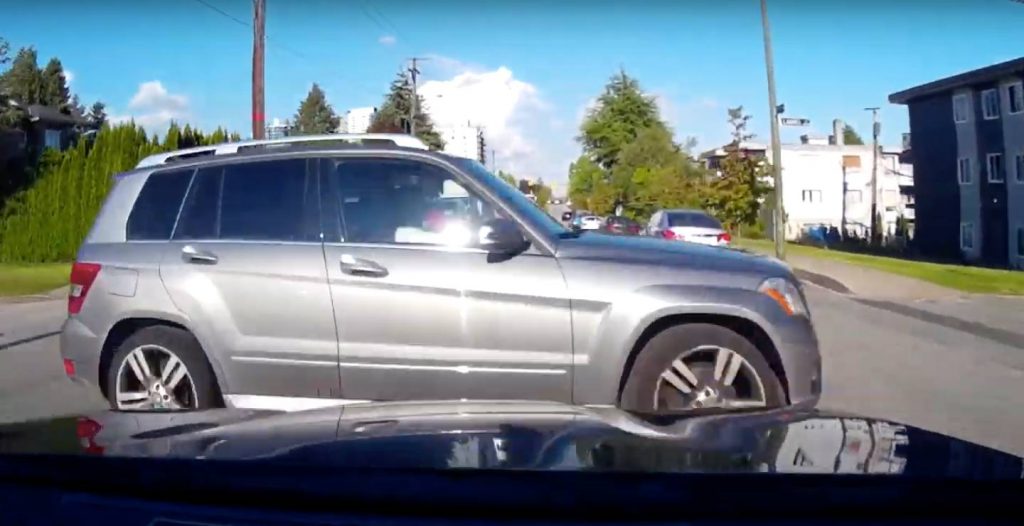 The “surprise” was actually a Mercedes-Benz GLK SUV whose driver not only failed to notice the stop sign but entered the intersection without the slightest hint of caution required in a situation like this. The result was that the luxury SUV was t-boned rather violently by the cammer and flipped on its left side.

While there is no discussion about the Mercedes GLK driver’s fault in this accident, one can’t help but wonder whether the impact could have been avoided had that economy sedan not been parked so close to the corner of the junction.

One could say the cammer had their part of the blame as well because it looks like they were driving a bit too fast for a residential area. With so many parked cars on each side of the road, one can never know when a child or a dog could jump in front of the car. A little bit of extra caution never hurt nobody, quite the contrary.