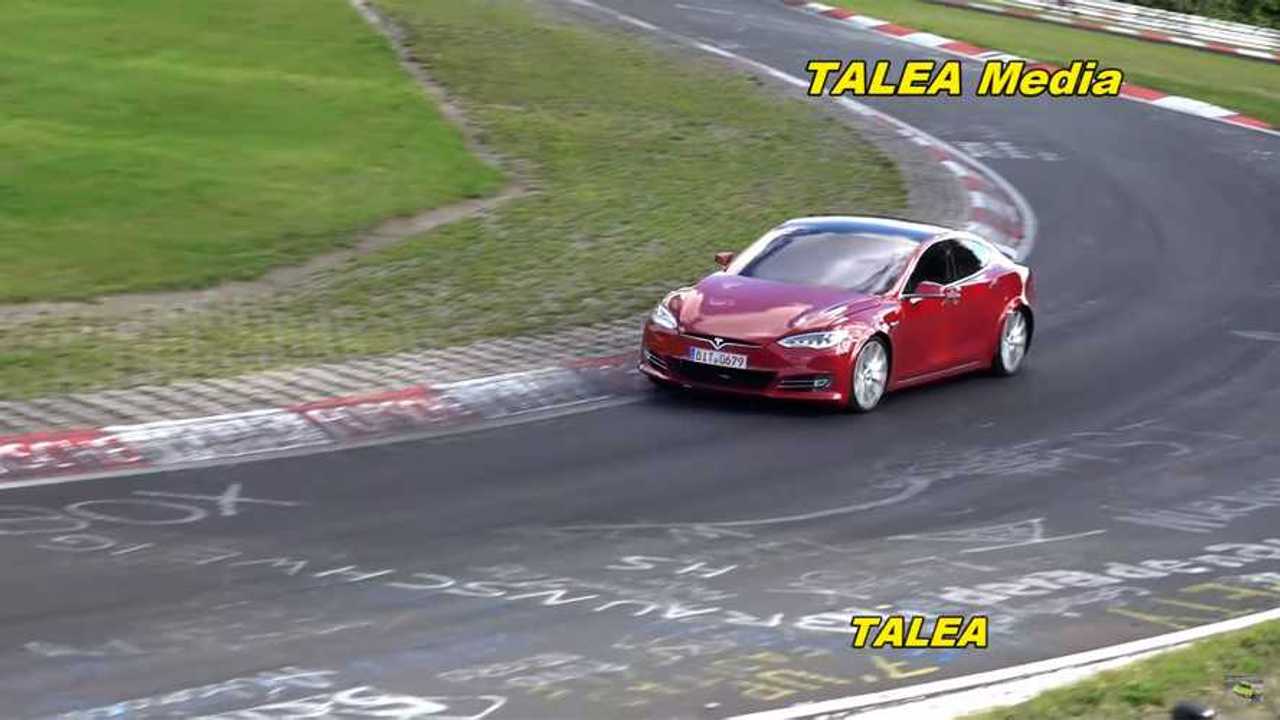 We spot a Mercedes EQC too!

The Tesla Model S mule, boasting the so-called P100D+Plaid prototype drivetrain, has been spotted in action on Germany’s Nürburgring Nordschleife (North Loop). It was captured by a camera crew from the TALEA Media YouTube channel, who were eagerly recording footage of a raft of vehicles — mostly camouflaged BMW and Mercedes testers — as they put in laps during an Industry-Pool session.

The large electric sedan shows no drama as it wends its way through a left-then-right turn before gliding down a straight and into another left. Indeed its meaty tires are relatively quiet and its V8 howl is hushed as it works through the section. The race against the clock, after all, is for another day. This session is more about preparation.

The American car wasn’t the only battery-powered vehicle captured in the clip. At the 1:08-minute mark, a Mercedes EQC makes an appearance, its tires protesting the shifts in direction. Later in the video, we are surprised by a cameo from a Porsche Taycan. At the 5:03-mark, a black example of the newly-debuted sports sedan slips through the section. While we wouldn’t assign any special meaning to it, it does appear to travel the stretch of track slightly slower than the Tesla. Shortly after it disappears around the bend the same EQC SUV makes a second appearance.

Though he hasn’t specifically stated it, it’s believed Tesla CEO Elon Musk wants to best the time of the Taycan around the track. A production-intent version of that sports sedan recently did the deed in seven minutes and 42 seconds (7:42 min), setting a record for the fastest four-door around the ‘ring.

The Tesla Model S “P100D+Plaid” drivetrain has been in development for some time and could appear in the Model S, Model X, and Roadster sometime in 2020. It features two motors on the rear axle and one in front. The prototype at the track has an enlarged opening on the front to help, we imagine, keep things cool enough to send full power to the wheels for extended periods.