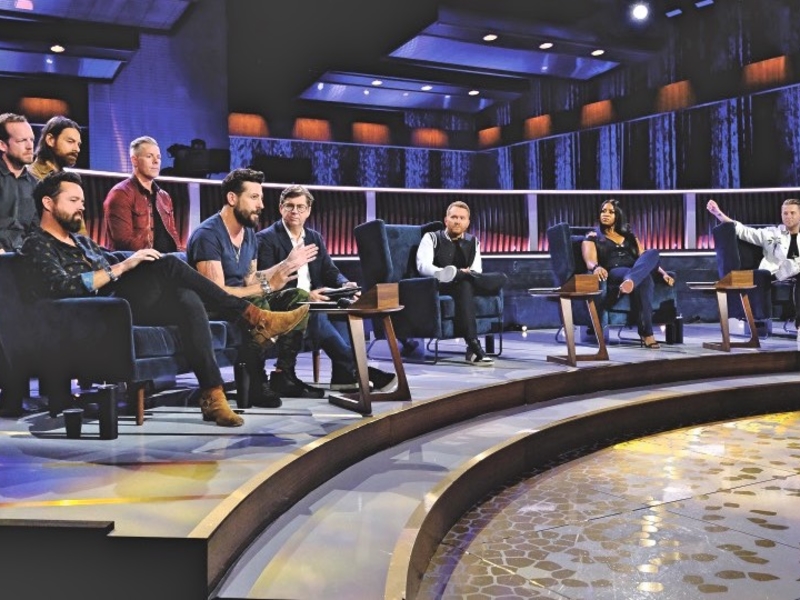 On the surface, the premise was straightforward: Songwriters compete to have their songs performed by country music band Old Dominion in a Jeep commercial. Contestants performed their original songs in front of producers and the band before reworking the tracks to better align with Old Dominion’s style and Jeep’s personality.

But for Fiat Chrysler Automobiles’ global marketing chief, Olivier Francois, the mission went beyond finding the perfect backdrop for an ad. Francois saw the “Songland” platform on NBC as an opportunity to rewrite the rules of product placement and present Jeep’s free-spirited values in an authentic way.

Francois said he was introduced to the “Songland” idea last fall by Ryan Tedder, a producer on the show and lead singer of rock band OneRepublic. The band has collaborated with FCA in the past.

“I saw that it had the possibility to morph into a one-hour conversation where the Jeep brand ethos, DNA [and] attributes would be dissected and explored in front of a massive television audience,” Francois told Automotive News.

For much of the episode that aired in August, there was little metal to be seen. The value for Jeep came from discussions about song lyrics as the band, songwriters and producers worked to hone the tracks to best convey the brand’s image.

There were no vehicle displays on the stage where much of the show was filmed. Nor were there mentions of pricing and monthly payments. And while Francois made an appearance to hear the songs live, he wasn’t there as a salesman. He used his time to speak on the connections between the lyrics and the brand.

In all, the word “Jeep” was said 34 times during the 41-minute episode, but those mentions came organically during the conversations.

The product sightings were minimal. The Wrangler made a brief appearance during the intro, for instance, and then in a segment with the finalists. Viewers got a look at the new Wrangler spot with the winning song when the show concluded.

Francois said the authenticity he sought in the presentation of the brand’s values is important to millennials who tune into the show. Blatant product placement and prewritten Jeep references would have contradicted his goal with the show.

Part of the selection process involved Francois sitting with Old Dominion members to ensure the song would work for them. The authentic feel he sought couldn’t exist unless the band was comfortable with the song.

After deliberating with the band, Francois settled on “Young,” a song penned by contestant Katelyn Tarver. Francois selected it because he could visualize the commercial.

The spot, which featured Tarver, centered on a middle-aged couple driving a Wrangler as flashbacks to their younger selves were interspersed to match the song’s youthful theme.

The song also got Francois thinking about inclusiveness, a brand value that FCA CEO Mike Manley had explained to him. Francois was attracted by the song’s concept of wanting to be young, which he thought older buyers could relate to.

“At some point I heard the song and I said, ‘Now I exactly understand what inclusive means,’ ” Francois said. “That’s one of the dimensions of inclusive, meaning people, like me, who are no longer what you would say young. It’s across ages, so that’s one very interesting dimension. It is across demographics, and that’s what I think I liked about the song. The song inspired that vision.”

While the show had just one winner, Francois is considering using another of the finalists for a future campaign.

He is a fan of contestant Jacobi.e’s song, “Where the Road Ends,” which he feels is a strong fit for an “urban, younger [and] diverse” demographic.

Jeep’s “Songland” partnership continued FCA’s strategy of using the music world as an outreach tool — albeit in a previously untapped fashion.

The automaker has been featured in music videos for The Fast and the Furious movie franchise, for instance, and teamed with artists such as country singer Miranda Lambert, OneRepublic and another rock band, X Ambassadors, during campaigns.

Francois said even though he isn’t a music lover, he has discovered through the years that music is an effective avenue to buyers.

“I’ve just been an explorer of how we can break barriers and create some new marketing formulas that are more effective, innovative and can help me deliver better marketing — meaning something more targeted, more relevant, more relatable, super meaningful,” Francois said. “And in doing that, my path has led me so far to the conclusion that music is a very, very good tool.”