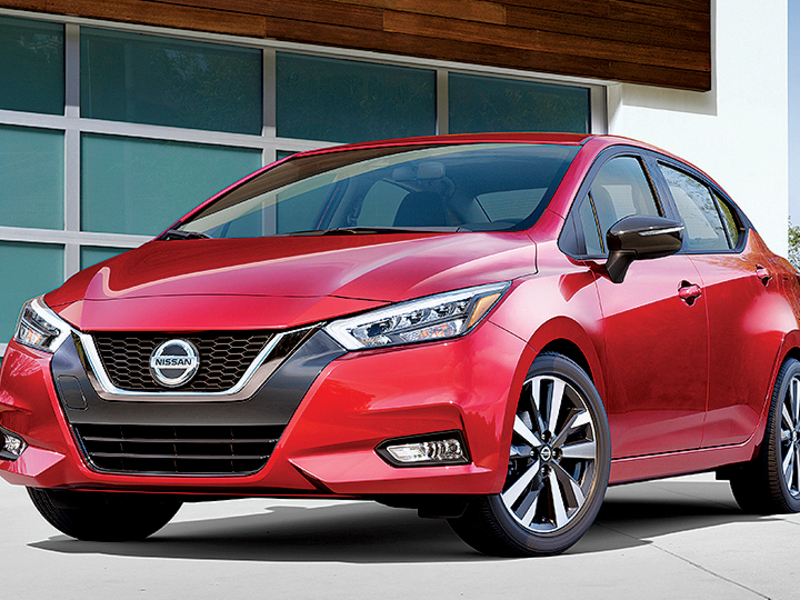 While much of the auto industry steers away from the evaporating sedan market in the U.S., Nissan is accelerating toward it with product reboots.

Nissan this month unveiled a redesigned Versa subcompact — now bigger in proportion, bolder in design and bundled with technology typically found in more upscale vehicles. Meanwhile, a freshened Nissan Sentra compact is on the way that gives the car a design and powertrain makeover.

Nissan’s investments come as the small-car share of the U.S. light-vehicle market contracted to 12.4 percent last year from 18.2 percent in 2014. Americans are cold-shouldering sedans as they swoon over roomier, more versatile crossovers.

“It’s tough to have two small sedans in a contracting part of the industry,” said Tyson Jominy, vice president of the Power Information Network at J.D. Power. “It continues to amaze us how far sedan sales can fall. Every year the contraction gets worse and worse.”

Nissan may follow other automakers in offering just one small sedan nameplate to satisfy U.S. demand, Jominy said. He predicts the larger Sentra survives any consolidation.

“It has the better brand equity,” Jominy said.

But Scott Shirley, Nissan’s vice president of marketing operations, dismissed speculation of a lineup consolidation and suggested reports of the small-sedan market’s death are greatly exaggerated.

“We still see in these segments 5 million car sales a year,” Shirley told Automotive News. “We are redoubling our forecast; we are concentrating on delivering much better value, much stronger product to the market and a much better ownership experience.”

With Ford and other U.S. auto brands cutting their losses and exiting the sedan market, Nissan sees an opportunity to grab a larger slice of the shrinking pie. The Sentra and Versa combined to account for 13.4 percent of the U.S. small-car market last year, up from 10.9 percent five years ago.

“Once the first players blinked and got out of the segment, there’s far less incentive for the remaining players to do the same,” Jominy said.

As options in the sedan segment shrink, prices of the remaining models rise, boosting profitability. Midsize sedan prices have been increasing just as large sedan prices did, Jominy said.

Nissan’s decision to steer away from profit-sapping rental fleet sales — part of CEO Hiroto Saikawa’s strategy to focus on margin over market share — could mean lower production of the company’s small sedans. Rental fleet sales account for 20 to 25 percent of Sentra and Versa sales, according to estimates obtained by Automotive News.

“We expect that we can grow the retail sales volume,” Shirley said. “We also recognize that there is a profitable, rational level of fleet that can be done as well.”

“It’s all about maximizing margin for Nissan,” Schuster said. “They’re shifting away from playing the market share and volume game. If they’re focused on margin, they are not going to want to do heavy incentives on that to sell more retail volume.”

“You can rejigger the packages and change the value proposition,” Jominy said. “If the vehicle looks different than a vehicle that was associated with a very heavy fleet period, it’s easier to sell to retail customers.”

Nissan dealer Tim Hill said he “would love for fleet to get cut down.” Sentra and Versa sales account for about 18 percent of sales at Hill’s Winter Haven, Fla., store. “There is sufficient retail business to support both models,” he said.

A BMW M3 Touring wagon is in the works, but it’s not coming to US
With added options, GX helps Buick upsell buyers
Cadillac Lyriq EV to start at less than $60,000
Audi yanks bad banana ad
New Aston Martin DBX Gets Most Things Right In The Luxury SUV Class